Why There Is Still Opposition to Marijuana Legalization 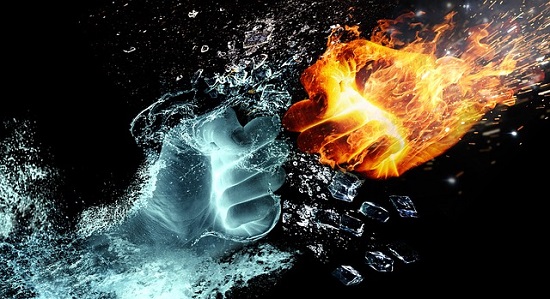 Given its proven medical value, it seems odd that there would still be opposition to marijuana legalization.

Of course when it comes to marijuana, nothing is simple.

It’s been criminalized for so long that some of the misconceptions around it are well established.

But it would be unfair to say that all of the concerns that opponents express are not legitimate.

Reasons for Opposition to Marijuana

A recent Gallup poll was conducted from May 15th-30th. It involved phone interviews with 1,017 U.S. adults.

Of those surveyed, 36% continue to oppose legalization. What did they find as reasons for this?

Well, 62% were concerned that legalization would encourage more usage, 60% felt it doesn’t “benefit society”, 54% went as far to say it’s harmful, 43% rang in with the “it’s immoral argument” and a whopping 69% are still banging the “it’s a gateway drug” drum.

Among the many reasons for opposing legalization though was an overarching concern about impaired driving.

In fact, 79% of those who oppose marijuana legalization cited impaired driving as a “very important” factor that contributed to their stance.

And it makes sense. All the ‘driving 25mph in a 65mph zone’ jokes aside, we’re still not entirely clear on how marijuana usage impacts driving. But we’re getting a lot closer.

A federal report was recently released that called into question whether THC impairs driving. And if it does, then how?

Among drivers whose blood samples included less than 2 ng/mL and up to 5 ng/mL, the authors of the study found there were “non-statistically significant increases in unadjusted risk of responsibility.”

That means that when there’s a low prevalence of drivers with less than 5 ng/mL in their blood in combination with a modest and statistically nonsignificant risk of crash responsibility, the authors suggest that the impact of cannabis on road safety is “relatively small at present time.”

There was, however, “significantly increased risk in drivers who had used alcohol, sedating medications, or recreational drugs other than cannabis.”

In other words, the road safety risk associated with alcohol or with other impairing substances is higher than it is for marijuana.

It Is Still Wise to Be Cautious

This is, of course, one study that only addresses low amounts of THC in the blood. It’s not giving users carte blanche to grab a bong and joy ride.

Even many proponents of legalization don’t recommend driving while impaired.

And the authors of this study also caution that the findings don’t apply to fatal crashes where the association with cannabis might be stronger.  They’re also quick to note that the risks for traffic accidents could be higher for younger or inexperienced cannabis consumers.

“Drivers who have used cannabis may have trouble staying in their lane and tend to weave,” Brubacher says. “The ability to maintain a consistent speed is also impaired and they tend to slow down and speed up erratically. Marijuana also makes for a more easily distracted driver.”

So it seems that further studies need to be done. And as the country inches its way toward lifting federal prohibition, there is bound to be plenty of funding for such studies.

Rising out of the Dark Ages

Regardless of the opposition to marijuana legalization, there’s no doubt that the trend is moving toward lifting federal prohibition.

Every day, more states are either making recreational marijuana legal, or considering doing so through either the legislative process or voter referendums.

So things are definitely looking up.

To stay up to date on all things marijuana, keep checking back with our blog. Things change fast!

Israel To Vote On Decriminalizing Marijuana