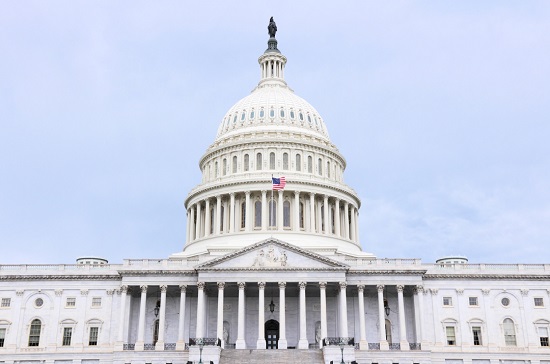 If you don’t know about it, you’re not alone. Given what’s going on in the world at large, it didn’t exactly get top-billing in the “this just in” category.

And chances are, this legalization bill which would finally kick cannabis off the federal list of controlled substances, expunge federal cannabis records, and impose federal taxes on marijuana – the revenue of which would be invested in communities most impacted by the War on Drugs – will probably not pass.

We Don’t Mean to Be Pessimistic

We’ve been in the cannabis marketing business since the industry was still in diapers. We’ve seen a lot. And we can only suspect that this recent federal legalization bill, while certainly a step in the right direction, will not pass.

The moniker of the new bill is the Cannabis Administration and Opportunity Act. Introduced by Senator Cory Booker, and co-sponsored by Schumer and Senator Ron Wyden, the bill differs from those in the past by putting the inequality in the current state-legal industry center stage.

In fact, the bill opens with the following:

“The communities that have been most harmed by cannabis prohibition are benefitting the least from the legal marijuana marketplace. A legacy of racial and ethnic injustices, compounded by disproportionate collateral consequences of 80 years of cannabis prohibition enforcement, now limits participation in the industry.”

While all of this is true, there’s still so much opposition to legalization at the federal level that it seems insurmountable. Furthermore, at its introduction, the bill had no Republican co-sponsors and it’ll need at least a few to support it. Add to that that even the highest ranking Democrat, President Joe Biden, is barely in support of decriminalization – let alone legalization.

At the end of the day, there’s still some seriously old school thinking the bill is up against in D.C.

What Does the Recent Marijuana Bill Say?

The new bill proposes the development of an Opportunity Trust Fund within the Justice Department’s Office of Justice Programs. It also sets out to create a Cannabis Opportunity Program within the Small Business Administration. This would enable cannabis companies run by equity eligible owners to attain Section 7(m) small business loans.

In addition, there’s the introduction of an Equitable Licensing Grant Program. Its purpose would be to fund state or municipal efforts to develop equitable cannabis licensing programs for those most adversely affected by the War on Drugs

federal cannabis tax. In addition to existing state and local taxes, there would be a federal tax of 10% for the first two years of legalization which would gradually rise to 25%.

The bill will also clearly define the parameters for individuals most eligible for federal cannabis equity opportunities. There are two main criteria and individuals must meet at least one of them.

Any individual with an income below 250% of the federal poverty level for at least 5 of the past 10 years who has been also been arrested for the possession, use, cultivation, or manufacture of cannabis will qualify. In addition, the parent, sibling, spouse, or child of an individual arrested for the above would also qualify.

And finally, cannabis would at long last be struck from the federal schedule of controlled substances. The bill proposes the DEA be removed from the business of cannabis law enforcement and the Bureau of Alcohol, Tobacco, Firearms and Explosives (ATF), as well as the the Department of Health and Human Services become the two regulating agencies.

The bill also serves to prevent federal officials from discriminating against those who use marijuana legally.

The Bill Is Not Perfect

But nothing ever is.

While policy reform advocates are generally excited about the bill, some have noted that it would continue to subject federal employees to cannabis drug testing. Furthermore, cannabis record expungement would not be extended to all who’ve been impacted.

A measure in the bill expunges federal cannabis records within one year of the bill’s passage. Those who received enhanced sentences for past cannabis crimes, however, would not be eligible. And many of those individuals have already paid the highest price for such an opportunity.

The Cannabis Industry Is Always Evolving

Regardless of whether the new marijuana bill passes, it does feel that we’re inching ever closer to federal legalization and more social equity.

At least, we hope so and will continue to fight the fight.

In the meantime, if you own a cannabis business and could benefit from marketing experts who know the industry inside and out, contact us today. We know how tough it is to stand out in this increasingly saturated industry. And we have the expertise to make it happen.

Building Trust for Your Cannabis Brand Is Crucial

It’s simple Business 101 that building trust is important for any brand.…

Last Thursday, Michigan’s Committee on Regulatory Reform approved a bill that would…