Could Federal Marijuana Prohibition End by 2021? 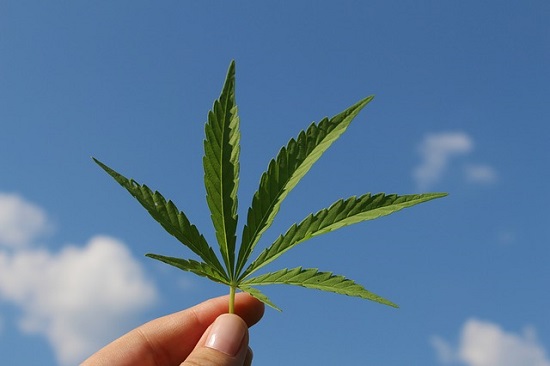 As more and more Republicans are getting on board with Democrats on marijuana reform, the conversation around federal marijuana prohibition is shifting from IF it will end, to WHEN it will end.

According to political analyst and Washington Times journalist Paul Waldman, marijuana prohibition will most likely end “three years from now.”

“That’s when we may find ourselves with a Democratic Congress and a Democratic president — both of whom would have made a promise to end the federal prohibition and leave the matter up to the states,” he writes. “At that point, Republican opposition may have dimmed to the point where it isn’t even much of a fight.”

So yeah, the experts are saying that the federal marijuana prohibition could easily end by 2021. But given all the progress in 2018, it could be even sooner.

In spite of the insanity that defines the current administration, Trump has generally taken a pro-cannabis stance. During his campaign, he spoke often of how he favored medical marijuana “100 percent” and was all about allowing individual states to establish recreational pot laws.

Of course, he then went and put former Alabama Senator Jeff Sessions in charge of running the show over at the U.S. Department of Justice. Given Sessions’ fierce anti-cannabis views coupled with a Napoleonic complex, things were looking a little grim.

But then in his usual roller coaster fashion, he was back on the upswing when earlier this spring, he promised Senator Cory Gardner that he wouldn’t put the nail in the coffin of legal marijuana. This isn’t in writing, of course. (We’ll skip the joke here.) And the Department of Justice never issued any guidance regarding this new policy.

Even so, as spring, summer and fall unfolded, cannabis reform progressed – unfettered by the usual antics of an unpredictable administration.

Pro-Cannabis Reform in the House and Senate

Senator Mitch McConnell introduced a bill in the Senate that would authorize hemp as an agricultural product. Whatever his reasons for this, we’re not speculating. The positive point here is that any progress in the federal legalization of hemp will also benefit marijuana legalization.

Senators Orrin Hatch and Kamala Harris sent a letter to the Department of Justice and the DEA, calling on them to increase the pace of medical research in cannabis. There have been approximately twenty-five applications submitted to the DEA to produce federally approved research-grade marijuana but none of them have been approved.

U.S. Representative Dana Rohrabacher (a Republican) announced his plans to introduce a bill that would respect a state’s right to regulate cannabis and would make the Rohrabacher-Bluemenaur Amendment permanent.

With the introduction of the bipartisan STATES Act from Senators Warren and Gardner, to the Joyce/Leahy medical marijuana amendment passing at the committee level, it seemed that many in Congress were finally joining their constituents in supporting marijuana reform.

And it wasn’t just the Republicans from the legal marijuana states who supported the bill. Senator Paul from Kentucky and Senator Flake from Arizona signed on too. And square-peg-in-the-round-hole marijuana reform opponent, Democrat Dianne Feinstein, even agreed to cosponsor the bill.

In June, Chuck Schumer stepped up and introduced The Marijuana Freedom and Opportunity Act which would remove marijuana from the list of scheduled substances under the 1970 Controlled Substances Act, as well as allow states to decide how to handle marijuana possession.

The bill would be a boon for research as well – investing $500 million over the course of five years to the Department of Health and Human Services in order to gain further understanding of the effects of THC.

Meanwhile, Corey Booker’s Marijuana Justice Act took an even more comprehensive approach. In addition to removing marijuana from the Controlled Substances Act, this bill would also create automatic expungement for federal marijuana possession offenses. Furthermore, the money would be reinvested in the communities most torn apart by this decades-long disaster of marijuana prohibition.

The Overarching Need for Justice

Regardless of whether federal marijuana prohibition ends in three years, or sooner, reparative justice will need to be a critical first step toward slowly healing the massive inter-generational harm inflicted by the criminalization of marijuana.

These reparative components are especially important because of the indisputable disproportionate enforcement of marijuana prohibition in communities of color.

As Schumer said, this legislation is “simply the right thing to do.” And it is.

For more information and updates on cannabis happenings – legal or otherwise – keep checking back with our blog. And if you’re looking for experts in the cannabis industry to help you market your cannabis business, contact us today. We’ll help you grow.

With so many new dispensaries popping up every week in Southeastern Michigan,…

We’re going to say no. We could also say that more than…

Don’t worry. We aren’t going to stomp on your specific brand of…