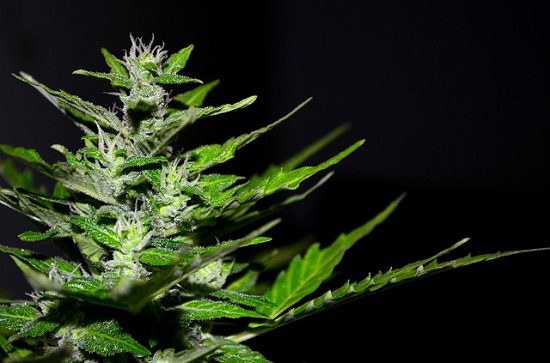 If you’ve been a marijuana consumer for longer than a decade, you likely have stories about some of the sketchier places you visited to acquire it. This set the stage for the perception that you were more a criminal than a customer.

For some of us, it’s still hard to shake the idea that we can now walk into a dispensary – albeit through tight security – and buy it legally.

But here we are. And we have the folks behind the early cannabis dispensaries and operations to thank. They fearlessly broke the rules to make marijuana available to the masses.

The earliest operations were, of course, in other countries.

For example, a teahouse in Amsterdam called Mellow Yellow drew folks in the 1970s for its steady supply of hashish. The whole exchange process was clandestine, and the Dutch police were continually raiding it. But since the shop’s inventory was kept at a nearby bookshop, the police couldn’t ever find any of it.

Then there were the government-run stores along a street in Kathmandu that openly sold cannabis alongside restaurants and other retailers. Affectionately termed “Freak Street,” it was a huge destination for boot string travelers looking to score. Until, that is, the U.S. put the kibosh on that by pressuring the Nepalese king to outlaw cannabis.

Even so, there were American cannabis renegades who were willing to engage in civil disobedience to ensure cannabis was available to all. They served as the sherpas who guided the cannabis movement from its darker days into the light of regulated legal cultivation and distribution.

One such person was Dennis Peron who founded the San Francisco Cannabis Buyers Club.

Distressed by the number of people who were seriously ill during the height of the AIDS crisis, Peron set out to find a way to provide cannabis to them.

Peron was no stranger to community organizing or civil disobedience. He’d been arrested multiple times. But that seemed to further fuel him to open the San Francisco Cannabis Buyers Club in 1992 – long before medical marijuana was legal in California.

The Buyers Club was a non-profit collective whose primary objective was to supply cannabis to the gravely ill for free or at a deep discount. Patients needed only to produce a photo ID and a doctor’s recommendation to enter and purchase cannabis.

Understanding the importance of community and human connection for those who were ill, Peron provided on-site consumption as well.

Just a few months before the historic vote on Prop 215 – California’s landmark medical cannabis law – over a hundred heavily armed police officers raided the Buyers Club. Their out-and-out tactical assault on ill people made for bad press and it’s believed that this may have motivated previously undecided voters to support medical cannabis.

When they discovered that cannabis could help control Valerie’s debilitating seizures, they started cultivating it. This resulted in several results. But that didn’t stop them from founding Wo/Men’s Alliance for Medical Marijuana in Santa Cruz, California in 1993. They wanted to help others facing the same struggle.

The Corrals were fortunate enough to have the support of Santa Cruz’s major and they openly distributed medical marijuana to terminal patients for free or on a sliding scale. They were also pivotal in the passing of Prop 215.

The DEA raided WAMM’s garden in 2002 and arrested the Corrals. Facing federal charges wasn’t enough to stop them. Two weeks later, they were on the steps of City Hall with the mayor of Santa Cruz, distributing medical cannabis to their terminally ill members. In the presence of an assembled community and massive media presence, they openly dared the DEA to arrest them again.

The DEA didn’t show. So WAMM enlisted help from the ACLU to successfully sue the Department of Justice. It was a key victory during a time when raids and arrests continued to be the norm.

Steve DeAngelo had been a longtime activist and underground cannabis distributor before founding Harborside Health Center in Oakland, California in 2006.

What made Harborside unique was it invited local politicians and the press into its large and comfortable retail operation. This lessened the stigma around dispensaries.

DeAngelo also co-founded the nation’s first lab testing facility for medical marijuana. And seeing media as an ally, he helped bring attention to CBD and develop new CBD strains, and educate millions through the program Weed Wars on the Discovery Channel.

Harborside has repeatedly taken on the federal government in battles over everything from decriminalizing marijuana to tax policy on dispensaries.

Colorado’s second oldest cannabis dispensary, Denver Relief, opened in 2009 by Kayvan Khalatbari, along with partners Ean Seeb and Nick Hice. While they knew they wanted to build a business empire, they never lost sight of the importance of giving back to the community.

Khalatbari has also founded a pizzeria, a cannabis consulting firm, and a free arts magazine. He’s also helped to foster a thriving local comedy scene by marketing his products through culture and community events rather than hype.

These days, Khalatbari is running for mayor of Denver. His platform focuses on activism around homelessness, the arts, and cannabis. He’s come a long way since those early days.

Could Your Cannabis Business Use More Press?

There’s no doubt that current provisioning centers have it easier than those early cannabis dispensaries. They have certainly served as models for what can be though.

So if your cannabis business believes in and acts on giving back to the local community, contact us for your cannabis public relations needs.

Reaching a wider audience will not only strengthen your business, but it will improve the lives of so many around you.

Wait. There’s a matcha tea and cannabis connection? Before you start envisioning…

Why the 1st Commercial Cannabis Expo and Convention Matters

Yeah, we know. Cannabis events come and go. And that’s great. But…

MJBizCon is the largest marijuana related convention in the United States. Created…