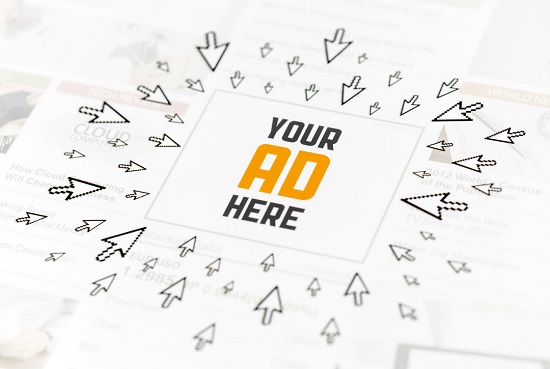 When’s the last time you heard a radio ad or saw a TV ad promoting your favorite dispensary or marijuana product? The most common response, by far, would be “never.”

Well, although legalized states like Michigan have adopted their own laws governing advertising for these products, in many states the federal law still poses risks for broadcast licensees (who just happen to be federally regulated).

And since the Feds still consider cannabis possession and distribution a felony, broadcasters avoid cannabis advertising in fear of a hearty wrist slap (or far worse) from the FCC.

Meanwhile, the airwaves are filled with ads for alcohol and gambling – both of which are federally legal and do far more harm than good. The hypocrisy isn’t lost on those in the cannabis industry.

What If Marijuana Is Federally Legalized?

That would be nice. And some day, the U.S. government may at long lost jump into the 21st century along with our neighbors to the north and south. A bill even passed in the House this past week to decriminalize marijuana, so that’s a move in right direction.

Of course, the Senate has to pass it too, so there’s that.

Still, even once marijuana is nationally legal, it’s hard to say how quickly broadcasting licensees will jump on the bandwagon. Even ads for hemp-derived CBD are rare on the airwaves. And via the 2018 Farm Bill, it’s completely federally legal.

And right now, broadcasters are even more gun-shy about cannabis ads when it comes time for license renewal. The fear is almost palpable. Yet, should it be?

Advertising on the Airwaves May Be Legal

The level of riskiness in advertising cannabis on radio and television depends on the state in which you live. So broadcasters should be aware of the laws as they apply to their state.

For example, in Michigan there are currently no restrictions on advertising. That means that, if done correctly, Michigan broadcasters could be taking advantage of the money to be made advertising cannabis on their airwaves.

The tricky part is the “doing everything correctly” part though. And it requires a team effort.

First, there must be counsel involved. Even if you’re in a state with no advertising restrictions, it’s still crucial that broadcasters inquire as to whether the product they’re being asked to advertise is legally manufactured.

And if you are in a state with restrictions, then it’s vital you turn to a lawyer to understand exactly what they are. For example, some states that have legalized recreational or medical marijuana are more restrictive of hemp and CBD products than of marijuana.

In addition, most states restrict sales to minors. So it would stand to reason that stations should avoid running ads where a high percentage of the audience may not be of age.

Second, there are still certain rules that must be followed in terms of the actual advertising. The copy must be written in such a way that does not imply any cannabis product will be ingested. There can also be no unverifiable health claims.

This is where a cannabis marketing agency is worth their weight in gold. They know the rules and regulations and can advise on how to craft the ads in a way that’ll put up no red flags for the FCC.

Obviously, there are no easy answers. For legalized states with a wide array of broadcasting restrictions, it may be wisdom that dictates broadcasters avoid cannabis marketing.

Yet for states such as Michigan, broadcasters who take the extra steps to employ counsel and marketing experts could make needed money from these ads.

If you’re a broadcaster in Michigan considering taking this step, consult with your lawyer to ensure you’re completely informed of any risks. Then contact us to guarantee you have the perfect script in hand.

Who Are the Biggest Cannabis Consumers?