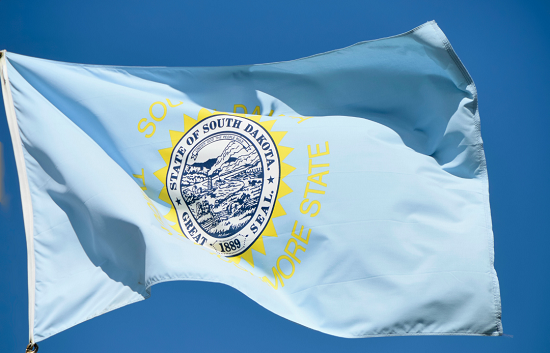 Adult-use passed by 54%, while 70% of voters supports the medicinal marijuana initiative – pulling South Dakota out of the dark ages and into the 21st century.

But it seems Sheriff Kevin Thom and Highway Patrol Superintendent Rick Miller would prefer to keep the state enshrouded. Thus, they have formally filed a law suit to throw out the latest legislation.

Why Are Cops Against South Dakota Marijuana Legalization?

The answer is fairly obvious. Ignorance.

Amazingly enough, there are many places in the country where the law enforcement community STILL believes the hype that marijuana and other drugs are a gateway to worse drugs. They likely fear jazz too.

Add to this the fact that the governor of South Dakota could have easily just walked off the set of Reefer Madness. Though not as one of those afflicted by the devil’s weed, but rather a vocal opponent of it.

In her December 8th address to the state, she lamented the significant safety and regulatory costs that are associated with both the ballot measures. This in spite of the fact that the tax revenue generated by marijuana sales in states where it’s legal far outweighs those costs.

Fine. So be it. It’s highly unlikely they’ll get anywhere with the lawsuit. After all, the voters have spoken. And calling foul on the voting machines is bound to take them as far as the soon to be former President.

There’s one real kicker though:

That’s right. Thom’s and Miller’s legal fees for this batty case are covered by taxes payed by the very citizens that voted to legalize marijuana. Yeah. 2020 just keeps getting weirder.

Inspired by a strategy used in Nebraska to knock medical legalization off the ballot, Thom’s and Miller’s lawyers assert that the amendment to legalize marijuana in the state addressed multiple subjects and was therefore void at its inception and could not be ratified by South Dakota voters.

The problem is, if they wanted to use that approach, they should have instituted it in September… BEFORE the amendment made it onto the ballot. That’s how they managed it in Nebraska.

So now a lot of taxpayer’s money is going toward a case that’s tenuous, at best.

Skip the sugarcoating because that’s essentially what it comes down to. It’s a complete lack of respect for the will of the voters and an obvious attempt at political sleight-of-hand.

Fortunately, Randy Seiler, chair of the state’s Democratic Party, along with a former U.S. Attorney, a retired and enlightened Sioux Falls police officer, and several other outraged South Dakotans have filed their own legal brief, demanding that this ridiculous lawsuit be dismissed.

It’s an out-and-out assault on democracy.

As Seiler told the Rapid City Journal, “That’s the literal definition of a democracy, where people vote and the wishes and the decision of the voters is respected.”

The question remains – why hasn’t everyone grasped this yet?

It’s Time to Give up the Fight

As cannabis marketing specialists headquartered in a state where marijuana is fully legal, we celebrate each additional state that makes the decision to move forward on legalization. Seeing cops against South Dakota marijuana legalization is disheartening.

We only hope that other states will continue to get on board and embrace all the amazing good this plant can do without running up against so much opposition.

In the meantime, we hope you’ll keep checking back with our blog for more articles covering the latest happenings in the cannabis industry.

Something rotten is going on in the state of Michigan. Lansing, more…

We’ve been on a cannabis provisioning software kick lately. So in the…

Teenage Marijuana Use Is Risky