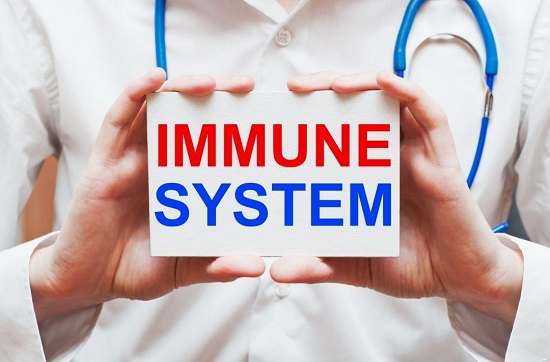 Yes, cannabis affects immunity. Just as anything you put into your body does.

How immunity is affected is complex and varied though. And since there isn’t much research in the area, it’s going to be quite some time before the relationship can be explored more in-depth.

Current research does suggest that cannabis suppresses the immune system. This isn’t to say that it weakens it though. It’s important to grasp the distinction.

The Inner Workings of the Immune System

If it weren’t for your immune system, everything you come into contact with would have a hay day with your body. Many of these things would make you sick.

As such, your immune system is constantly at work attempting to protect you. It’s a series of complex processes throughout the body. It’s a large armada of cells ready to fight; the antibodies of which occur in your bone marrow, spleen, thymus, and through vaccines or natural development.

White blood cells produce antibodies. They operate in such a fashion whereby they keep track of everything they’ve killed in the past and how they did so. They’re able to use this “data” to develop a strategy when they encounter repeat invaders.

They can also detect cells that are behaving strangely and eliminate them before they cause serious damage. So then if cannabis suppresses this system, how can that be a positive thing?

In previous blog posts, we’ve discussed the endocannabinoid system and how it influences other processes throughout the body. Right now, research shows that when the immune system is under the influence of THC, it’s suppressed.

While federal prohibition of marijuana places a heavy limit on research capabilities in the States, cannabis-based drugs are already approved throughout Canada and Europe precisely to suppress the immune system.

Further research shows that cannabinoids also have a startling effect on the lymphatic system. When THC and CBD accumulate in the lymph cells of the intestines, they’re not able to engage. For folks struggling with IBD (inflammatory bowel disease), their negative symptoms stem from immune cells attacking the bowels rather than protecting it. So again, suppressing the immune system would serve them well.

When prohibition is lifted, there will surely be other studies to support the role of cannabis as treatment for auto-immune disorders.

In the Meantime, Stick With Moderation

It’s largely accepted that cannabis serves as a stellar anti-inflammatory. That’s why it’s been successful in treating pain. However, it should be noted that frequent and heavy-hitting cannabis users could be lessening their white blood cells in favor of anti-inflammatory cells.

Cannabis doesn’t have the wherewithal to know which cells to suppress. And if too many white blood cells are impaired, they can’t do their job to protect you anymore. This means you could have a much harder time recovering from something as simple as a common cold.

Just something to consider.

Get All the Latest on Cannabis News

We’re only just beginning to understand how cannabis affects immunity – both for better and for worse. It’s a complex issue and one on which we’ll be keeping an eye.

In the meantime, for more great articles and stories about all things cannabis, keep checking back with our blog!