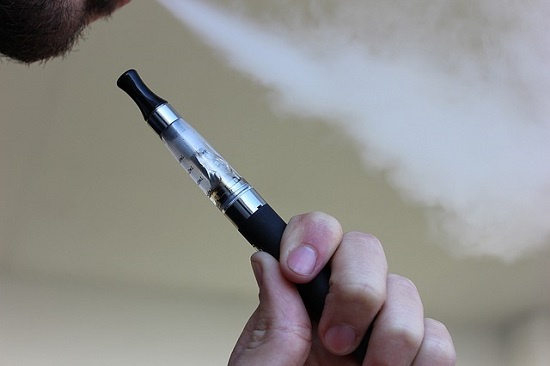 To be clear, we’re not big fans of click-bait questions like this.

Honestly, we find the whole vaping vs. smoking marijuana argument to be tiresome at times.

And our objective here is certainly not to provide scientific research to help you score a more serious high.

That being said, new research from a single study published in the Journal of the American Medical Association would indicate that vaping marijuana does seem to deliver a stronger high.

So why are we writing about this?

And recreational marijuana is legal in ten of those states – including the most recent addition of Michigan.

So although we don’t anticipate that hundreds of thousands of people will suddenly take to toking, there is bound to be something of a surge in marijuana usage.

Add to that the increased popularity of vaping, and users who are new to vaping and/or marijuana might want to at least take note of the results of the study.

What the Recent Vaping Vs. Smoking Marijuana Study Found

Here’s how it worked.

Researchers recruited 17 people who’d partaken in herb in the past year, but had abstained from it for at least a month prior to the study.

After each session, the participants filled out questionnaires to self-report their experience. Then the researchers administered a series of physical and cognitive tests, and analyzed their blood.

Obviously, the 0mg concentration had no physical or psychological effect.

But once it was upped to 10mg and then 25mg—the participants were pretty stoned. Some felt pleasant and sleepy. Others were anxious or paranoid. And three participants even vomited after consuming the 25mg concentration.

So What Does This Mean?

Well, it doesn’t mean that 25mg of cannabis will render you a cookie tosser.

But after compiling the research results, the authors of the study DID find that the vaporized cannabis “produced significantly greater subjective drug effects, cognitive and psychomotor impairment, and higher blood THC concentrations than the same doses of smoked cannabis.”

And while others argue that past research delivered different results, that was probably participants were permitted to adjust their THC dose. This study specifically found that when you hold the THC dose constant, vaping seems to be a more efficient delivery system. This may be due in big part to the fact that the combustion required to smoke marijuana can deplete THC.

This Is Not the Quintessential Study

How could it be? Vaping is still relatively new and there’s plenty of research yet to be conducted.

But the results present relevant information to new or infrequent cannabis consumers who are trying to decide between vaping vs. smoking marijuana. Especially those who are using marijuana for medicinal purposes. If they experience negative effects, they may be resistant to using it again.

So the main message here is, “if you opt for a vaporizer, go low and stay slow.” Although really, that’s good advice in either case.

In the mean time, if you’re looking to boost your cannabis marketing efforts for your cannabis business, contact us today. Whether your product will be vaped or smoked, we’ll get you on the map.

“I’m getting a degree in pot, man,” are words you’re not likely…