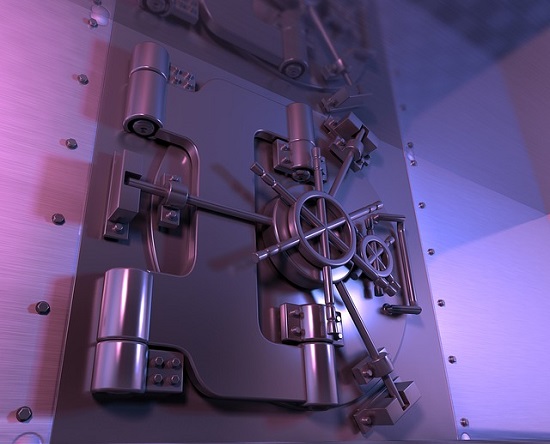 You know how it is when you have to deal with safely transferring hundreds of thousands of dollars in cash?

Well, if you’re wondering, just ask the owners of dispensaries who must routinely engage in this activity because banks won’t work with them for fear of repercussions.

The bill was initially introduced in 2017, but didn’t garner legislation. So Perlmutter decided it was high time to reintroduce the bill so that cannabis businesses can at long last access the banking system.

“Congress needs to act to reduce risks for employees, businesses & communities across the country,” he says.

Medical marijuana is legal in most states in the U.S. Even so, its status as a dangerous Schedule 1 drug under the Controlled Substances Act makes it illegal under federal law.

Thus, in the (decidedly cloudy) eyes of the federal government, selling marijuana is at par with dealing heroin or other dangerous narcotics.

Banks that step up to service legal cannabis operators are required to file a suspicious activity report for every transaction made with the business. And these rules stretch out to every company the marijuana operators interacts with – creating mountains of red tape and mounting expenses that are simply too much of a pain in the ass for most banks.

And the banks that ARE willing to help them out have to recoup all those costs by applying exorbitant fees. Plus, they’re still putting themselves at serious risk of criminal prosecution.

On what charges, you ask?  Aiding and abetting a federal crime and money laundering.

As a result, many commercial operators are forced to conduct most business with cash. Not only does this stir serious security concerns, but also creates a lack of funding to scale these businesses.

High-Fiving Our Neighbors to the North

Along with the mess above, these banking restrictions mean that cannabis firms can’t list on NYSE or NASDAQ until federal prohibition ends.

So they’re looking north to the Canadian Securities Exchange.

In other words, this arcane act of prohibition is setting up Canadian investors to get rich from the success of the U.S. cannabis market. In fact, finance firms there are already setting up options contracts so they can buy shares in cannabis firms once prohibition ends here.

Do marijuana opponents in D.C. really want to keep squelching growth of one of the fastest-growing industries in the U.S. – subsequently handing over control of that sector to our neighbors to the north?

Even though the prior version of the SAFE Banking Act didn’t advance to votes in the last Congress, folks are optimistic about its prospects this time.

And it truly is bipartisan. Somewhat, at least.

Of the 108 members who have signed onto the bill as initial cosponsors, nine of them are Republicans.

If the bill passes legislation, proceeds from transactions conducted by marijuana companies would no longer be considered the result of unlawful activity.

“If Congress fails to act, we are discouraging responsible, regulated markets and allowing a serious public safety threat to go unaddressed,” says Heck. In last month’s hearing before a House financial subcommittee, he added that the body has the power “to prevent murders and armed robberies,” referring to the dangers these businesses face being forced to operate on a cash-only basis.

Furthermore, it’s time to look at the civil liberties issue of deeming cannabis business owners as having certain reputational risks that other businesses don’t. Because the reality is, every small business face challenges.

And barring legally recognized small businesses from financial institutions available to every other business is a threat to the liberty and freedom upon which the country was supposedly founded.

In a nutshell, that’s what the SAFE Banking Act really aims to do.

It’s not a call out for everyone to condone marijuana businesses. It’s simply a request to create an auditable trail, while keeping neighborhoods safe.

And it’s a request we hope Congress will honor.

In the mean time, if you’re a cannabis business owner, decrease the challenges of running your business by ensuring your marketing strategy is up to snuff. Contact us today to see how we can help.

Who Is Your Ideal Cannabis Customer?

If you’re trying to scale your cannabis business, your primary focus is…

Whatever your feelings about South Carolina, there are some cool researchers there.…