Cannabis Job Fair to Be Held in Pontiac 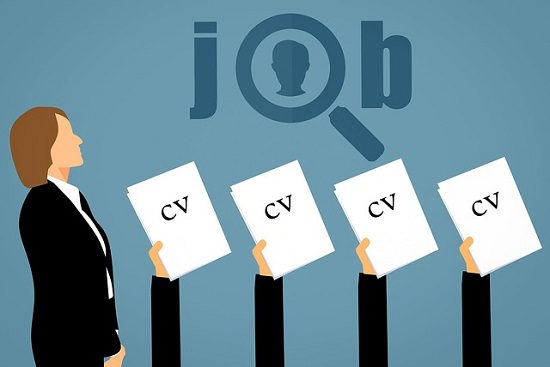 Up to 400 cannabis-related jobs could be available soon in Pontiac, Michigan.

The community north of Detroit has had a dicey relationship in the past with favoring marijuana dispensaries or other businesses in their community.

Back in a 2018 election, Proposal 1 on the city’s ballot called for 20 medical marijuana dispensaries. It passed by a slim margin.

Proposal 1 tallied 3,896 voting in favor of it and 3,895 voting against it. Now, just over a year later, we’re happy to say there’s a cannabis job fair to be held in Pontiac next week.

Cannabis Job Fair to Be Held in Pontiac on November 12th

Pharmaco Inc. is looking to quickly develop a cannabis park in Pontiac and they’re currently busy laying all the groundwork; which includes the need to fill between 300 and 400 positions.

This will provide amazing opportunities for those interested in working in the cannabis industry. Salaries will range from $15 to $18 per hour.

The cannabis park is set to feature a cultivation center and processing facility and even a grocery store. Developers are also planning for a dispensary.

If approved, the dispensary will be in the front of the plaza with the grocery store. The cultivation and processing will be in the rear of a new Rubicon Capital development inside the currently vacant Glenwood Plaza at 43 S. Glenwood.

This will be the location of the job fair as well.

Both Rubicon Capital and Pharmaco see Pontiac as a city that’s making a comeback and want to do what they can to increase commerce and create jobs.

They are looked upon favorably by the community as well. They have been responsible for distributing more than 40,000 pounds of food to residents of the city.

Their belief is that this development would make a significant and positive impact on the city and its residents – in spite of any of the old-school misinformed reservations (our words, not theirs) people may have about marijuana businesses in their communities.

Who Qualifies for This Job Fair?

Interested candidates must be at least 21 years of age to apply. And while applicants are encouraged to bring a resumé, it is not a requirement.

It should be noted that the majority of the jobs are expected to go to Pontiac residents. But candidates from other communities will not be excluded based on where they live.

In addition, candidates with cannabis-related convictions will get special consideration.

The cannabis job fair to be held in Pontiac is just another encouraging sign of the inroads cannabis is making.

We’re keeping our fingers crossed that the city of Pontiac approves this amazing project. It could breathe a lot of new life into this very cool city.

And if you’re an aspiring cannabis business owner looking at Pontiac – or anywhere in Southeast Michigan – as a potential place to get your company going, contact us today.

Our expertise in cannabis marketing and public relations will give you the extra edge you need in this highly competitive industry.

Marijuana policy reform was not enacted to make people rich. Even so,…

Many business owners are finding that getting employees is tough these days.…