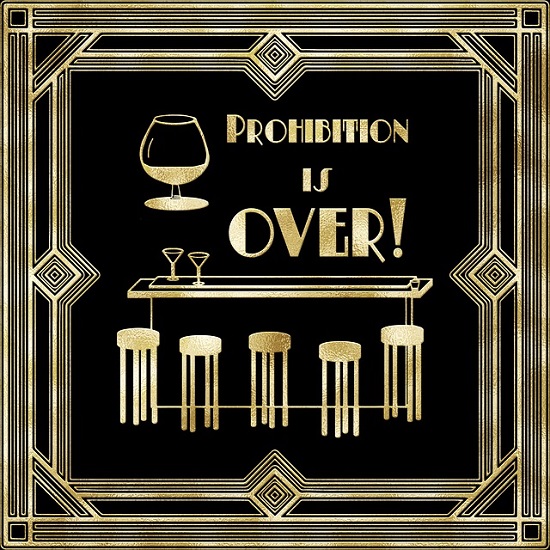 Back during Prohibition, the ombibulous among us had to wander skid row in a desperate search for a blind pig serving up the esteemed giggle juice.

Cops were busy back then – going to elaborate measures to bust the smugglers of said giggle juice.

So what happened when alcohol became legal?

But smuggling decreased. Because why would anyone WANT to bootleg bottles of Canadian whiskey or, worse yet, bathtub gin? Smugglers no longer stood to make money. And consumers could rest assured that their whisky wasn’t distilled from white lightning.

This is the conclusion of a new analysis from the Cato Institute, which looked closely at Border Patrol marijuana seizures from 2003 – 2018.

And we’re talking about marijuana smuggling across the Mexican border.

So why has it fallen?

From 2003 – 2009, Border Patrol doubled its workforce and built hundreds of miles of fences. But all of this increased enforcement did NOT reduce marijuana smuggling. In fact, each agent seized virtually the same quantity of marijuana every year through 2013. So the inflow of marijuana was virtually unchanged. Until 2014, that is.

Meanwhile, Colorado and Washington became the first states to legalize cannabis in 2012 – the legal sales of which began in 2014.

“State-level marijuana legalization has significantly undercut marijuana smuggling,” wrote David Bier, an immigration policy analyst at the institute. In a published paper on the analysis, he continued, “Because marijuana was the primary drug smuggled between ports of entry, where Border Patrol surveils, the value of the agency’s seizures overall — on a per-agent basis — has declined 70 percent.”

Plus, most American consumers would prefer to buy marijuana from licensed producers. It’s not an “America First” thing, but rather a preference to use a product that’s been tested and labeled for potency and purity. The illegal market has no such regulations.

There are now ten states that have ended marijuana prohibition. And several more are expected to do the same in 2019 and 2020. It’s already clear that as more states move to create a legal supply chain for marijuana, less cannabis is being smuggled over Mexico’s border.

Thus, the Cato paper also calls into question Trump’s push to erect a massive wall along the southern border. Because based on the analysis, a border wall would have virtually no impact on smuggling.

Representative Matt Gaetz, a Republican in Florida, even urged Homeland Security Secretary Kirstjen Nielsen to acknowledge that ending federal marijuana prohibition would ultimately make her and her agents’ jobs easier.

“Some think that state-based marijuana is a gateway drug and makes people want illicit products more,” said Gaetz, “but the people who’ve looked at your agency—and you’ve got this very difficult job—are saying that if states have the ability to innovate and make legal, high-quality medical cannabis available to people, then we’re not going to have as difficult a job for you and your border patrol agents and for the people who live across our border.”

Of course, not everybody is concerned with making life easier for the people who live across the border – or even on this side of the border. Some are even willing to, say, close down the government to prove their insensitivity. But that’s a topic for another blog.

It Is Time to End Prohibition

This is no big surprise though. During prohibition, consumers would settle for bootleg alcohol when there was nothing else. The same has been true for “bootleg marijuana.”

But times, they are a-changing.

As consumers continue to seek high quality product, can your cannabis business compete? Contact us to see if your marketing efforts could use some improvements.