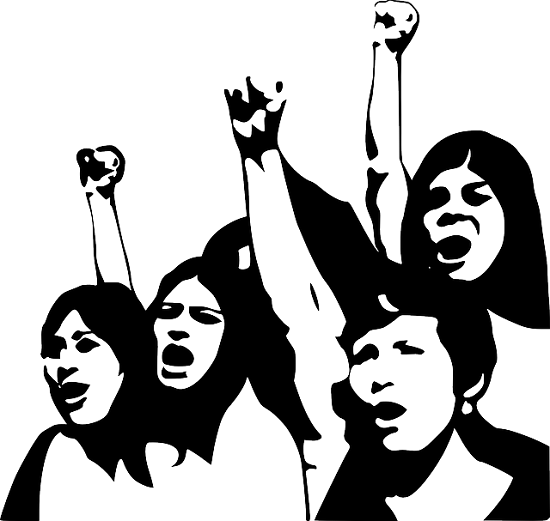 But before you get your panties all in a bunch – and we’re talking to both men and women here as we support equal opportunity panty wearing – we’ll start by saying the gender gap isn’t cavernous.

The fact that more women are against legalizing marijuana than men is intriguing though.

Especially given the fact that women, in general, tend to skew more liberal on a wide range of issues when compared to men.

The Most Current Stats on Support for Legalizing Marijuana

Back in 1969, 81% of Americans were against legalizing marijuana. So maybe there weren’t as many folks midnight toking in the 1960s as originally believed. Or they just weren’t talking about it.

The cannabis industry is booming.

The majority of Millennials (74%), Gen Xers (63%) and Baby Boomers (54%) would like to see the leaf legalized. Meanwhile, those over the age of 70 show the least support. Even so, at 39%, they’re making some progress.

So What Is the Deal with Women Against Legalizing Marijuana

Once again, it’s not a huge surge of women with knitted beanies and placards depicting the distinct dangers of reefer madness.

In fact, according to information from a political survey conducted by the Pew Research Center in 2013, the gap is less than 8%.

Here’s how study went down:

Even though the study is 5 years old, it drew the attention of Steven Greene, co-lead author of a paper on the study and professor of political science at North Carolina State University, and Laurel Elder, fellow co-lead author and a professor at Hartwick College.

Wondering what was up with the reverse gender gap, the two of them dug further into the study to determine the impact of three different things:

Moms get a bad rap for being too overprotective at times. So Elder and Greene thought this might be a factor.

In other words, being a mom was not a contributing factor to not wanting to legalize marijuana.

So Elder and Greene tackled religiosity next. They determined religiosity by measuring how often survey respondents said they attended church and whether they identified as born-again Christians. When they ran a statistical analysis that accounted for religiosity, the gender gap shrank but didn’t disappear. This means religiosity does play a minor role in attitudes toward marijuana.

Finally, they took consumption into consideration. In the survey, 57% of men reported having used marijuana, compared to 45% of women. When they ran an analysis that accounted for consumption, the gap disappeared altogether.

So while familiarity may at times breed contempt, in the case of marijuana use, it lifts the stigma and fosters support.

What Is the Takeaway?

It may well be that a significant number of the women against legalizing marijuana simply have no experience with it.

But as marijuana use becomes more widespread and is no longer viewed as deviant behavior, that gender gap is likely to shrink.

At least, that’s the theory. So there’s that.

As the cannabis industry continues to grow, are you sure your marketing efforts are paying off for your cannabis business? Reach out to us today to find out how to stay ahead tomorrow.

Caregivers Are the Solution to the Medical Marijuana Shortage

It seems like such a simple equation. Michigan has 300,000 registered medical…

Best Ways to Do a Cannabis Detox

Since cannabis continues to be illegal on the federal level, you may…