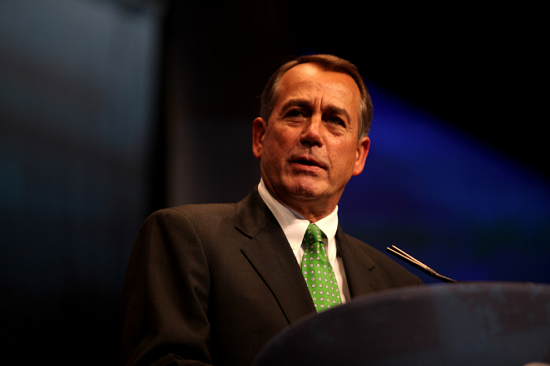 Former Republican Speaker of the House John Boehner is now on the advisory board of Acreage Holdings, a company that, according to Bloomberg’s Jennifer Kaplan, “cultivates, Processes and dispenses cannabis in 11 U.S. states.”

Why is this a big deal? Well, Boehner once claimed to be “unalterably opposed” to the idea of legalizing marijuana. It appears, with this new role, that his stance has been altered. This could be because the public’s collective opinion on marijuana and its legalization has changed so much in the near-decade since Boehner made that comment, or it could be that he has learned more about the benefits of marijuana and the damage that has been inflicted on the public with marijuana still scheduled as a Class 1 drug.

More than likely, however, it is a combination of both of these reasons, with Boehner saying, in an interview, “Over the last 10 or 15 years, the American people’s attitudes have changed dramatically… I find myself in that same position.” Boehner also tweeted, “I’m convinced de-scheduling the drug is needed so we can do research, help our veterans, and reverse the opioid epidemic ravaging our communities.” In her Bloomberg article, Kaplan also says Boehner’s perspective shifted, “after he saw the plant’s efficacy in helping a close friend deal with debilitating back pain. Marijuana’s potential use as a treatment for veterans helped sway him, too.”

While the benefit of having a politician as well-known as Boehner on the side of legalization is clear, the fact that he was formerly so adamantly against marijuana makes it even more of a watershed moment. After all, if someone like Boehner can come around on this hot-button issue in such a relatively short period of time, think of how many others –politicians and otherwise – will come around as well.

While THC and CBD get the lion’s share of the limelight, the…