More Cannabis Research in the U.S.? 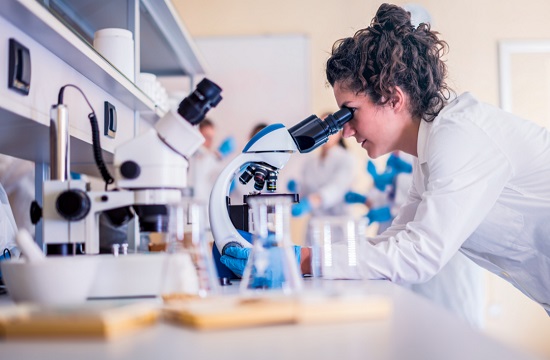 Cannabis research in the U.S. is sorely lacking. Especially when it comes to research that explores the potential health benefits.

Meanwhile, Israel is at the forefront of research in the industry. This is partially because that’s where cannabis research originated. But it’s also the result of having far more freedom to conduct research there.

In the antiquated United States, there is only one solitary place where growing marijuana for research is permitted. With a new ruling however, it looks like that’s FINALLY going to change.

Since 1968, the University of Mississippi (more affectionately known as Ole Miss) has had the monopoly on growing weed for research purposes. This is, as we all know, because the federal government continues to insist that cannabis is a Schedule I illegal drug. Thus, they would only permit one grower. (Insert eye roll here.)

Back in 2016, the Obama Administration sought to expand the research program and allow for additional growers. The program stalled out during Trump’s Administration, but the expansion process is now being completed by the Biden Administration.

Folks have known for a long time of the huge drawbacks of drawing conclusions from research done on cannabis from a singular location. For example, a university study done in 2019 found that the weed from the University of Mississippi had a genetic profile closer to hemp than what dispensaries are currently peddling. It was also moldy, contained sticks, and was not properly tested before being sent to researchers.

Upon discovering this, The Scottsdale Research Institute sued the Drug Enforcement Agency (DEA) to allow other places to grow weed for research.

And Now for Something Completely Ironic

So here’s the twist.

The DEA is finally ready to end the University of Mississippi’s 50+ year monopoly. It ruled that it will work with new producers on the “production, storage, packaging, and distribution” of marijuana.

This is the same DEA which, for decades, had a major role in the federal government’s War on Drugs. So yeah, it’s pretty ironic.

So Does This Mean More Cannabis Research in the U.S.?

Where cannabis is concerned, the DEA will no longer be just, as its name implies, an enforcer of drug laws. Their plan is to oversee a marijuana supply chain that involves purchasing research marijuana from an array of growers and shipping it to researchers funded by places such as the National Institutes of Health. They’ll also permit some growers to ship small amounts directly to research labs.

Of course, there are those who have doubts that the DEA can effectively handle a cannabis supply chain. But for the time being, scientists are rejoicing in this new ruling. And they’re pleased with how fast the DEA is moving – which is unusual given that it’s a government agency. Once the agency completes the review process of current applicants, they’re already poised to issue new licenses.

“This is a victory for scientific freedom,” said Sue Sisley, the president, and principal investigator at the Scottsdale Research Institute. As she told Science magazine, “It’s finally a chance to use real-world cannabis in our own studies and supply genetically diverse cannabis to scientists across the nation.”

We’re on board with that.

Are You a Cannabis Entrepreneur?

With the huge advantages resulting from more cannabis research in the U.S., now it a great time to get into the cannabis business.

If you’re looking to establish your cannabis business – or already have one – you need highly effective cannabis marketing and public relations from pioneers in the business.

That’s where we come in. Contact us today to get the expertise you need to make your cannabis business shine.

If you haven’t heard of HHC yet, that’s not surprising. But if…

On Monday of this week, Detroit officials unveiled a proposed ordinance that…