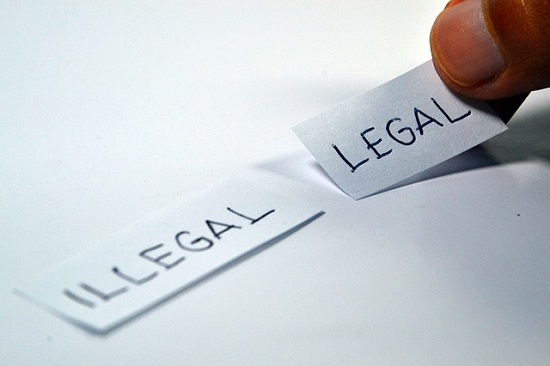 In the midst of so much contention and divisiveness across party lines, it’s encouraging to know there’s now a bipartisan bill incentivizing state-level expungements.

Filed and sponsored by Representatives Dave Joyce, a Republican from Ohio, and Alexandria Ocasio-Cortez, a progressive Democrat from New York, the bill is titled the Harnessing Opportunities by Pursuing Expungement Act – or HOPE Act, for short.

This bill would incentivize local and state governments to expunge cannabis records in their jurisdictions.

So how does the HOPE Act work?

Outdated cannabis law violations can negatively impact opportunities ranging from employment to education to housing for one’s entire lifetime. And it doesn’t just affect the individual. Over several decades, entire families, communities, and regional economies can be hit.

The two Representatives occupying seats on opposite sides of the aisle saw a need to address this issue by proposing the HOPE Act.

If passed, the bill would encourage states to grant relief to people with non-violent marijuana convictions. The costs connected with identifying and clearing specific cases would be provided through federal grants.

These grants could be used to automate the relief process, purchase necessary technology to facilitate expungements, support partnerships for mass relief, and fund badly needed legal clinics. The program would appropriate $2 million in funding for each fiscal year starting in 2023 and ending in 2032.

Ocasio-Cortez said that “as we continue to advocate for the decriminalization and legalization of marijuana, this bipartisan bill will provide localities the resources they need to expunge drug charges that continue to hold back Americans, disproportionately people of color, from employment, housing and other opportunity.”

The Positive Impact of Coming Together

We’re not going all Pollyanna on you or anything here. We’re well aware that there’s a level of division in our political system that’s hard to grasp.

But the fact that this particular bill holds bipartisan appeal is small sliver of silver lining on an otherwise dark cloud. Sure, it’s an incremental move to right the heinous wrongs of the drug war. But it’s an important one. Especially since the majority of cannabis arrests happen on the state level.

And since it doesn’t involve the legalization of marijuana in any way, there’s a better chance that Biden will pass it. While he’s still in opposition to adult-use legalization, he’s does believe that records should be expunged and nobody deserves to be incarcerated over cannabis.

The Marijuana Opportunity, Reinvestment and Expungement (MORE) Act also holds a provision to incentivize state-level expungements. It cleared the House Judiciary Committee in September. However, that legislation includes federally descheduling cannabis, so its fate is sketchier.

There are other bipartisan efforts at play though – demonstrating a growing consensus for marijuana policy reform and addressing the damage caused by prohibition.

Final touches are being put on a bill to federally legalize marijuana presented by Senate Majority Leader Chuck Schumer, Senate Finance Committee Chairman Ron Wyden, and Senator Cory Booker – all of whom are Democrats.

The War Wages On

As the battle to legalize marijuana and end federal prohibition continues, there’s something positive to be said for the bipartisan bill incentivizing state-level expungements. It’s definitely a step in the right direction.

Keep an eye on cannabis happenings by continually checking back with our blog.

Is it really possible that Mother’s Day is upon us again? With…

Maybe not. At least, not if proponents of dispensaries and grow operations…