How Does Cannabis Interact with Antidepressants? 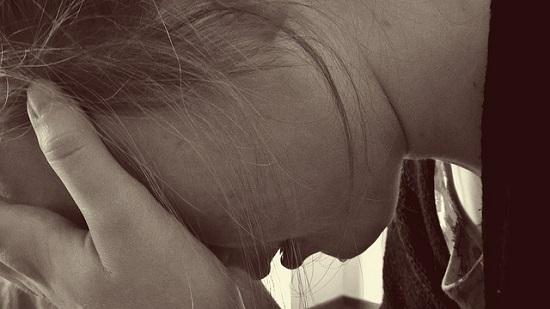 The honest answer – no one really knows yet because, well, it’s complicated.

Despite the fact that anxiety/depression are among the top five reasons people consider using marijuana, there are precious few studies on the subject.

Given that antidepressants such as Prozac and Zoloft are used by 16.6% of people ages 40 to 59 and 7.8% of those ages 20 to 39, understanding the way cannabis interacts with antidepressants has become more of a focus.

If you’re a cannabis user who’s considering starting antidepressants, there are some things you should know.

The Intricacies of the Endocannabinoid System (ECS)

Part of the reason marijuana works for SOME folks with anxiety and depression has to do with the body’s endocannabinoid system (ECS).

It’s well-established that this system plays an important role in mood regulation. One endocannabinoid in particular, called anandamide, is especially crucial in your ability to cope with stress in a healthy way.

But while cannabis works well for some people, it may not be as effective for others. That’s because the ECS operates in a very specific way for each individual. Plus, it’s very delicate.

To stay finely tuned, it’s always evolving. Unfortunately, it can also be easily thrown off balance. And that’s when things can get a little dicey.

Current Studies on How Cannabis Interacts with Antidepressants

As we said before, there have been few studies on the impact of CBD or THC for anxiety and depression.

Of those few trials that go back as far as the 1980s, the results have generally been positive. They showed that cannabis has been effective – for some – in countering mood disorders.

One problem with the studies up to this point is they’ve just been too small. Therefore, it’s impossible to draw any substantial medical conclusions from them.

The other problem is that they haven’t really looked at how marijuana and antidepressants interact with one another.

Does Weed Impact an Antidepressant’s Potency?

And once again, the answer is – no one really knows just yet.

There’s a cool term that refers to how one’s body absorbs, processes and disposes of a drug. It’s called pharmacokinetics.

Nobody seems to have a firm grasp on the pharmacokinetic properties of antidepressant medication when there is cannabis in the system.

So if, for example, consuming cannabis inhibits the metabolization of an antidepressant drug, then it’s going to stick around in the body longer. This, in turn, would make it more potent.

That’s just speculation though because the data doesn’t yet exist that looks at any potential counter indications for cannabis and antidepressants.

So consuming marijuana while on an antidepressant might be quite helpful. But it could also be risky. Finding the right balance between the two requires a lot of experimentation.

This is especially tough, given the wide variety of kinds of marijuana, as well as dosages.

The Trouble with Dosage

When you pick up a prescription at the pharmacy, your doctor recommends a specific dosage. Then the dosage is precisely measured out to provide consistent treatment.

In other words, after you’ve taken, say, 50mg of Zoloft for a few months and you know that it works, then you stay on that regimen. You can rely on the consistency of that dosage.

Cannabis, on the other hand, comes in a thousand different shapes and forms. And while the bud tenders or bud masters at your dispensary may be highly trained in cannabis, there’s still no way they can guarantee that the experience you had one time will be the same the next.

That’s because cannabis products still aren’t regulated by the FDA because cannabis continues to be illegal on the federal level. Therefore, consumers can’t count on consistency. The “same” thing you got last week at the dispensary may have a little more or less THC or CBD this time.

If you’re on antidepressants then take too little marijuana, you’ll feel no impact. But if you take too much, you may end up with a panic attack – precisely what you’re trying to avoid by taking antidepressants.

In either scenario, shifting to either a higher or lower level of THC can cause an imbalance to your ECS. You could potentially lose the ability to control your symptoms or even cause deeper depression or greater anxiety.

Finding that middle ground is very difficult. And physicians just don’t have the data yet to understand how the two interact.

As with anything new, there’s going to have to be extensive studying and experimentation in a controlled environment.

If marijuana alone is currently effective to ease your anxiety and depression, then you’ve probably found the right kind and dosage, and found a way to be relatively consistent with it.

So why mess with it?

But if this isn’t the case for you, and your doctor has recommended antidepressants, just remember that you’re entering into new territory. It takes several weeks for antidepressants to take effect.

So if you decide to try them, you may want to slowly wean off cannabis during that time. Just so you can get a clear idea of how each one works independently.

Then see what happens after that.

Figuring out how cannabis interacts with antidepressants is likely to be just one of the many new challenges that come with this unpredictable but quickly growing industry.

So stay informed by checking back with our blog.

And if you’re a cannabis business owner, contact us today to see how we can boost your marketing and public relations strategies in this ever changing industry.

The Packaging Challenges for Cannabis Businesses

The cannabis industry is forever evolving and changing. And the rules, regulations,…