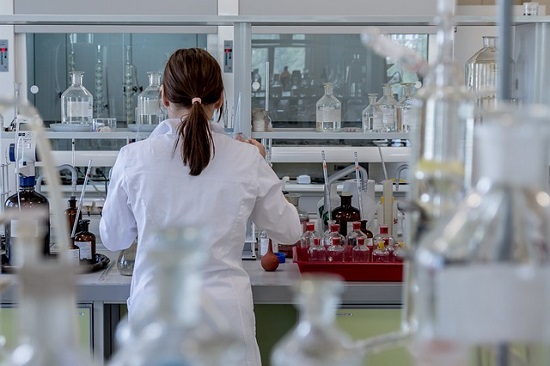 Did you know that all research-grade marijuana comes from a single farm in Mississippi?

Political leanings aside, Mississippi is not the problem. It’s the medical grade marijuana that’s been coming from that single farm that’s the problem.

To be blunt (no pun intended), it’s crap.

So the news about the DEA’s willingness to expand medical marijuana research has American scientists who study cannabis fully rejoicing. As much as a scientist can fully rejoice, at least.

Scientists Should Not Be So Quick on the Rejoicing

By this time, scientists recognized just how abysmal was the cannabis coming out of the University of Mississippi. We’re talking THC and CBD levels at far lower than what most consumers are using.

Given that the farm operates under a contract with the National Institute on Drug Abuse, this shouldn’t surprise anyone.

So the DEA stepped in and said, “Alright then. Here’s an idea. Let’s license more growers so that we can offer scientists a wider variety of high-quality research material!” And there was rejoicing.

But it didn’t happen. So who’s to say that THIS time is the charm?

What Drove the Decision to Expand Medical Marijuana Research

Sisley is a well-known cannabis researcher and the head of the Scottsdale Research Institute (SRI) in Arizona. Since that 2016 decision, Sisley and her peers at the Institute have repeatedly contacted the DEA about growing their own cannabis.

But to no avail. The DEA didn’t respond to any of the communications.

Sick of the pushing, pulling and cajoling, Sisley took legal action. She filed a lawsuit in June to force the DEA to carry out the measures it announced it would in 2016.

She felt that it was crucial that the DEA make good on their pledge to the public to end the NIDA monopoly and license other growers for research.

The announcement from the DEA has not sent her out onto the streets rejoicing though.

How the DEA Is Spinning It

Skimming over the fact that they had to be sued to take action, U.S. Attorney General William Barr applauded the DEA’s efforts.

The DEA is eating it up – positioning this sudden change of opinion as a unilateral step forward.

“We believe registering more growers will result in researchers having access to a wider variety for study,” said the DEA’s suddenly bright-eyed Acting Administrator.

But will they do it this time?

They also filed 32 other pending applications to grow marijuana for research purposes. Even so, Sisley remains “cautiously optimistic.” And with good reason.

The DEA’s chameleon-like ability to do a complete about face while simultaneously falling back on their promise is impressive. But it doesn’t exactly instill trustworthiness.

Interestingly enough, the decision to file the applications came just two days before the DEA was scheduled to deliver a court-ordered response explaining why it had not processed SRI’s three-year old application.

Sisley feels that the top priority now is to hold the DEA accountable to this promise and ensure they follow the timelines they laid out on the day of the announcement.

Of course, even if they do follow everything to a T, it’s going to take some time for these additional cannabis sources to be available.

The Cannabis Landscape Is Constantly in Flux

The DEA’s announcement to expand medical marijuana research is just one of the many happenings in the marijuana world.

If you want to stay up to date on the latest, keep checking back with our blog.

And if you’re a cannabis business trying to figure out how to stay ahead in this ever-changing industry, then contact us today. As experts in cannabis marketing and public relations, we’ll keep you in the loop.