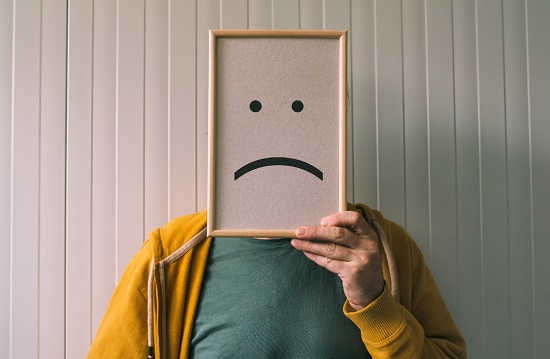 It’s tough to say why marijuana is helpful for some who struggle with depression. It may have something to do with how depression and the endocannabinoid system are connected though.

For many people who suffer from depression, there is a serotonin deficiency. And as it turns out, serotonin and the endocannabinoid system (ECS) are pretty closely linked.

It appears that the myriad symptoms caused by serotonin deficient depression may be the result of it disengaging the ECS.

Making the Connection with Gut Bacteria

Without going into too much detail, the ECS is a network of messenger molecules and receptors (of the CB1 and CB2 variety) that interact with cannabinoids from the cannabis plant.

Meanwhile, serotonin is an important chemical produced by nerve cells. It’s connected with a sense of peace and feeling happy and serves to send signals between nerve cells. Strangely enough, serotonin is not so much found in the brain, but rather predominantly in the digestive system. Yes, the gut.

In fact, there exists a feedback loop that’s maintained by cannabinoid receptors in the ECS, gut bacteria, and serotonin receptors. The loop is impacted both positively and negatively by external factors. And these can easily affect one’s mental health.

So the more healthy bacteria that’s living in the microbiome, the bigger an asset it is to both serotonin production and the ECS.

As mentioned above, the ECS is primed to receive constituents from the marijuana plant. But serotonin receptors are also tied directly to the ECS.

No one is certain as to whether deficient serotonin receptors cause poor endocannabinoid tone, or vice versa. On the one hand, serotonin helps promote 2-AG. Yet if serotonin levels are low, it can cause a depletion of 2-AG. Even so, if the CB2 receptors in the ECS are deficient, this could also cause an episode of depression through an interconnected loop of effects.

Then there is the other issue of poor microbiome health that can also drive down serotonin.

Could Marijuana Be the Answer to Treating Depression?

Well, it’s just not that simple.

Many doctors prescribe select serotonin reuptake inhibitors (SSRIs) for their patients with depression in an attempt to increase serotonin absorption. And for many, these are incredibly helpful.

It’s possible, however, that encouraging an endocannabinoid positive lifestyle and a diverse diet may have serious contributions. For example, eating foods rich in probiotics to help the microbiome thrive could be a good place to start. It’s impossible to say that this would be a cure though. Especially in cases where deficiencies in serotonin and the ECS are genetic.

If nothing else, focusing on an endocannabinoid positive lifestyle may help to shift the body closer to homeostasis and reduce other health problems caused by a deficient ECS. But given that the research is lacking as a result of cannabis STILL being federally prohibited, the jury will continue to be out on that one.

For a while, at least.

Looking For More Bang For Your Marketing Buck?

Regardless of the relationship between depression and the endocannabinoid system, you can’t afford to get lost in the shuffle when it comes to advertising your cannabis business.

So if you’re looking for better and more experienced cannabis marketing strategies for your business, contact us today. And take advantage of our expertise.

If you have any familiarity with Pontiac, Michigan, then you probably remember…