CBD Does NOT Cure COVID 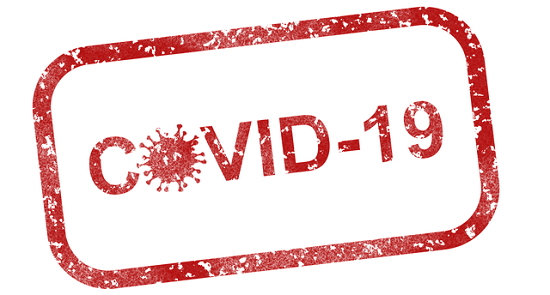 With all of the misinformation flying around, it’s not surprising that a few weeks ago there was a false and overblown report that claimed CBD cured COVID.

To be clear, CBD does not cure COVID.

And the scientific study conducted didn’t actually come to that specific conclusion. Yet, leave it to social media to twist the study’s results and turn it into sensationalistic fodder.

What the Study Said

The study, conducted by a team of researchers from Oregon State University and the Oregon Health & Science University, found that CBDA and CBGA inhibited the spread of COVID in in vitro lab (petri dish) tests.

Because CBDA and CBGA are the raw forms of CBD and CBG and come from federally legal hemp, the team was able to do the research. And they discovered that at high levels of potency, CBDA and CBGA were able to reduce viral infections by half. And that’s definitely good news!

The results were published in the Journal of Natural Products and suddenly, CBD was a miracle cure. For about 48 hours, that is. Until the study was taken in context.

No, CBD Does Not Cure COVID

In the study, the researchers mixed live samples of the COVID virus with CBDA, CBGA, and a neutral control in a petri dish. And that’s the key point. A petri dish. No humans were involved in the study. In fact, it wasn’t even tested on lab mice.

And any researcher will tell you that what happens in a petri dish doesn’t necessarily translate into a real world scenario. Presenting cells in a culture to chemicals is not the same as something being digested by the human body.

Along with the vagaries of going through the digestive system, these chemicals also come into contact with the immune system and other detoxification systems. These all contribute to the interaction of the chemicals with the body. So it’s a much more complex journey than a simple introduction in a test tube.

While the Oregon study is a “promising” first step, it in no way points to CBD as a cure. And yet, humans are always grasping for a quick “just add water and stir” solution. So the results of the studies have also inadvertently presented a risk.

Rather than get a vaccination proven to be effective against serious illness from COVID, some people may choose to opt for CBDA oil instead. Or, on the other end of the spectrum, there’s also the chance that CBD could be completely written off as just another overhyped miracle cure like Ivermectin.

The same thing happened several decades ago when high-dose cannabis was championed as a cancer-fighting medicine. And the ongoing studies on the impact of cannabinoids on cancer are promising. Plus, the benefits of using marijuana for treating the symptoms of cancer and chemotherapy are impossible to deny.

Yet over the decades, oncologists and scientists have made the same discovery that what happens in a petri dish isn’t the same as what happens in the human body. And they’ve had to repeatedly witness cancer patients with treatable malignancies buck conventional cancer treatments for cannabis “solutions.”

So yes. The Oregon study is a great first step. And surely there will be more studies addressing cannabinoids and their impact on COVID. But it does not cure COVID any more than bleach does.

And that’s a fact.

Keep Up With the Latest in Cannabis News

Though we’d love to be able to say otherwise, it’s clear that CBD does not cure COVID. But that sure doesn’t negate you from enjoying its many other benefits!

And if you’d like to stay current with what’s new and developing in the world of cannabis, keep regularly checking back with our blog.

As marijuana is becoming more obtainable and marketable, companies and different dispensaries…

STIIIZY Ferndale Is Looking to Hire

If you’ve heard the buzz around the cannabis industry, then you know…

Ripple Now Has A Home In Michigan

If you’re in Michigan and haven’t heard of Ripple, that’s all about…