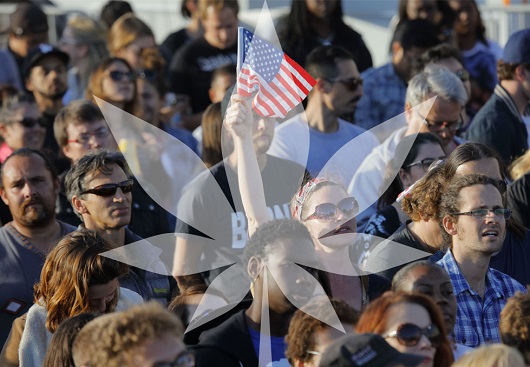 While this is important for cannabis retail workers, it’s a bigger necessity for cultivators who currently are not covered by the same federal protections as their retail brethren.

Labor unions responsible for organizing these workers have made gains in at least five states (to date) – California, Michigan, Illinois, New Jersey, and Pennsylvania.

The cannabis industry relies on folks who are classified as agricultural workers. Especially in a state where there is so much outdoor cultivation. Although agricultural workers are not covered under the National Labor Relations Act, they are organized under a California state law that was pushed by Cesar Chavez.

To further protect themselves, cultivation and post-harvest workers at Flora Terra In northern California, voted to join Teamsters Local 665. The company has a retail dispensary and works in clones and genetics. A union contract will follow negotiations.

In the mitten state, the United Food and Commercial Workers (UFCW) Local 876 has already unionized Authentic 231 in Manistee. They were the first company in Michigan to do so.

Most recently, workers at Lume Cannabis voted to also join the Local 876. The store in Monroe is among 40 stores that make the parent company one of the biggest retailers in the state.

According to the Teamsters Local 777 in Illinois, 93% of the retail workers at Cresco Labs’ Sunnyside affiliate in South Beloit voted in favor of joining the union.

They will be joining Cresco Labs’ Schaumburg location workers who voted to unionize in September.

Workers at the Harmony Foundation in Secaucus voted to join the UFCW Local 360. The UFCW has additionally organized workers at large multistage operations such as Acreage Holdings’ Botanist brand Ayr Wellness, both Curaleaf and Verano Holdings, and Green Thumb Industries which does business in New Jersey as Rise.

And finally, in Pennsylvania, the UFCW’s Local 1776 currently epresents around 600 cannabis workers. They have already unionized Vireo Health and the vertically-integrated CannTech.

As cannabis marketing and public relations specialists, we know how challenging the industry is for its employees. So cannabis workers voting to unionize in the midst of expanding companies makes perfect sense.

While it will be a learning process for many of these companies who have never worked with unions, in the end we feel it will be beneficial to everyone involved.

And for more informative articles about the cannabis industry at large, keep checking back with our blog.

It’s not exactly “drive-thru” marijuana. But pretty darn close. In our last…

Looking for more proof that marijuana can help cancer patients? Then head…