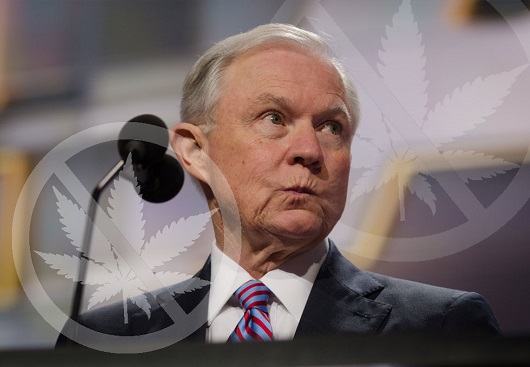 Lisa Rough of Leafly, a Cannabis Industry Publication, says this document focused on law enforcement preventing things, including the distribution of marijuana to minors, the revenue from the sale of marijuana from going to criminal enterprises, marijuana possession or use on federal property, and more.

The editorial board of The New York Times says Sessions’ new guidance on marijuana reverses this Obama-era policy and gives prosecutors more leeway to enforce federal laws against states where marijuana is legal. They say that Sessions has been a lifelong crusader against marijuana and, for example, in 2016 he voiced his opinion that, “good people don’t smoke marijuana.”

This change in policy is causing many states to, as James Higdon of Politico Magazine puts it, ‘freak out’. Higdon says after Sessions made his announcement, a fund of marijuana-based stocks dropped more than 9 percent in value and the stock price of Scotts Miracle-Gro Company dropped more than 5 percent.

Along with this, Higdon says Capitol Hill wasn’t thrilled with Sessions announcement either. He says Cory Gardner of Colorado says, “I will be putting a hold on every single nomination from the Department of Justice until Attorney General Jeff Sessions lives up to the commitment he made to me in my pre-confirmation meeting with him. The conversation we had was specifically about this issue of states’ rights in Colorado.”

Overall, many people are wondering how this will affect the cannabis industry. Michael Chernis of CNN says he believes Sessions’ announcement really doesn’t have any teeth. He says, “The medical and legal cannabis industry has grown so big that it would be impossible to make a dent in it – let alone stamp it out through federal enforcement.”

Also, The New York Times editorial board says the full impact of Sessions memo isn’t currently clear, but it definitely has created legal uncertainty in states that have partly or fully legalized marijuana. They say this is, “leaving users, growers and sellers to wonder whether their actions will be ignored or will land them behind bars.”

Current U.S. Representative for Michigan’s 3rd congressional district, Justin Amash, is one Republican in Michigan who supports the use of cannabis. Ontheissues.org says Amash has supported acts including the Respect State Marijuana Laws Act, which stated that the, “provisions of [federal law] related to marihuana shall not apply to any person acting in compliance with State laws relating to the production, possession, distribution, dispensation, administration, or delivery of marijuana.”

If any concerned parties in Michigan wish to reach out to Represenative Amash, they can email him at contact@justinamash.com or call him at (616) 719-1935.

As the first licensed medical marijuana dispensary in Oakland County, the Greenhouse…