The Greenhouse to Give Free Rick Simpson Oil Units 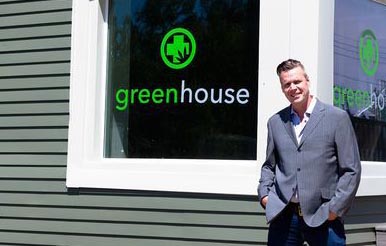 The Greenhouse of Walled Lake is stepping up to help again.

With March being Multiple Sclerosis (MS) awareness month, the they will be giving out free Rick Simpson Oil (RSO) units.

It’s all part of a collaborative effort with Mitten Canna and RISE to raise awareness around MS and help build knowledge about Rick Simpson Oil.

Patients already utilizing RSO, or those interested in trying it, will have access to a free 1g RSO syringe, courtesy of RISE and Mitten Canna and while supplies last.

What Is Rick Simpson Oil?

Rick Simpson Oil (RSO) is made from the flowers of the cannabis plant. It’s most widely known for its anecdotal evidence that it is effective in treating cancer. Not enough solid research has been done to back this though.

RSO is produced by washing cannabis buds with a solvent and then boiling it off to leave the oil. It’s not a branded product and its developer, Rick Simpson, doesn’t sell a version of the oil for profit. He merely explains how to make his namesake oil on his website.

While cannabis oils often include CBD oil, RSO is very heavy in tetrahydrocannabinol (THC). As such, RSO can help control nausea and vomiting for people who are going through chemotherapy. There’s also some evidence that it can treat pain and improve appetite – issues that plague those with a variety of conditions.

RSO can be found at cannabis dispensaries in states that have legalized marijuana for either personal or medical use.

The free RSO program is open to medical patients and recreational customers in Michigan. And though this is MS Awareness month, patients using RSO for other health challenges, or those interested in using it for a other benefits are also eligible.

The Greenhouse will have 500 free RSO units available, with a limit of one per customer. The promotion begins Friday, March 18th and runs while supplies last.

So don’t delay. If you live with MS and the myriad symptoms associated with it, the power and potency of RSO could be a game changer for you. It could also provide relief for a wide variety of other ailments.

Swing on by the Greenhouse

To get your free 1g Rick Simpson Oil syringe, courtesy of RISE and Mitten Canna, head on over to the Greenhouse of Walled Lake.

They’re located at 103 E Walled Lake Dr. and are open everyday from 9am to 9pm. But remember, this offer begins on Friday, March 18th, and will only run as long as supplies last. See you there.

And for more news from the cannabis realm, keep checking back with our blog.

Getting Media Coverage for Your Cannabis Event

Are you planning your dispensary’s grand opening or other major event? Amplifying…

The Importance of Cannabis CSR Policies During COVID Crisis

What’s your approach to corporate social responsibility (CSR)? Surely you have one,…