STIIZY Is Cleaning Up Detroit 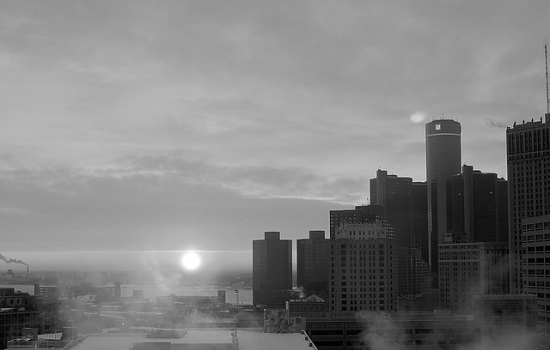 If you live in the Detroit area, when is the last time you were in the Cass Corridor?

Folks who grew up around here in the 1970s and 80s remember a very different Cass Corridor than what exists now. Even so, while many new venues and restaurants line Cass Avenue, the area that surrounds it still has its struggles.

That’s why the good people at STIIIZY are taking action. With parts of Detroit still in blight and littered with garbage, there’s a need for caring people to step in and do their part to improve the city. So STIIIZY is cleaning up Detroit. Or, at least, a part of it.

STIIIZY is a lifestyle brand that prides itself on providing “cannabis for the culture.” But more than that, it also manufactures and sells skateboard decks, a clothing line, and cannabis paraphernalia with the STIIIZY logo.

On August 27th, 2022, they opened their first store outside of California in Ferndale, Michigan.

The first 100 customers were rewarded with either a free STIIIZY Ferndale engraved giant bong or battery, as well as a STIIIZY Detroit shirt. Others enjoyed different promotional items, deep discounts, free food, and refreshments.

STIIIZY Ferndale operate out of a 7,000 square foot shop, located at 652 East Nine Mile Road, and is open seven days a week from 9 am to 9 pm. STIIIZY also operates a production plant in Lake Orion, Michigan that employees over 200 people.

The STIIIZY consumer experience ensures customers who come through their doors have no wait time in the lobby. Rather they’re able to go immediately into the store after check-in and begin exploring the vast selection of STIIIZY and other name brand products.

They are then served by one of the more than 60 STIIIZY budtenders in a safe and efficient no-touch atmosphere while being provided the best products, value, and prices in the state of Michigan.

STIIIZY Is Cleaning Up Detroit

When STIIIZY decided to start production and open a flagship store in Michigan, they chose the Detroit area because it was a city hit harder than most with the “war on drugs.” And one of the benchmarks of cannabis companies is their willingness to give back to the communities in which they settle.

As such, STIIIZY workers will set out on Tuesday, October 11th, to help clean up the area around the Cass Corridor.

Their intention is to pick up trash in the area between noon and 6pm. The garbage will be placed in a dumpster generously donated by Norman Selah of Motor City Dumpster and then removed from the city.

The crew plans to then celebrate a job well done at Detroit Coney Island – courtesy of the STIIIZY company. As STIIIZY representative Ryan Jundt says, “We at STIIIZY feel a sense of commitment and obligation to serve our community. This is only one example of that commitment and what we intend to do moving forward.”

Welcome to the Detroit area, STIIIZY.

Interested In How Your Cannabis Company Can Give Back?

While STIIIZY is cleaning up Detroit, you might be considering ways you could be helping the community where your cannabis business thrives.

If that’s the case, contact us today. Not only have we been in the cannabis marketing business since the genesis of the legal industry here in Michigan, but we have some great ideas to help you get your company noticed.

Last Thursday, Michigan’s Committee on Regulatory Reform approved a bill that would…

There are many ways to tell that autumn is coming. Yeah, it’s…