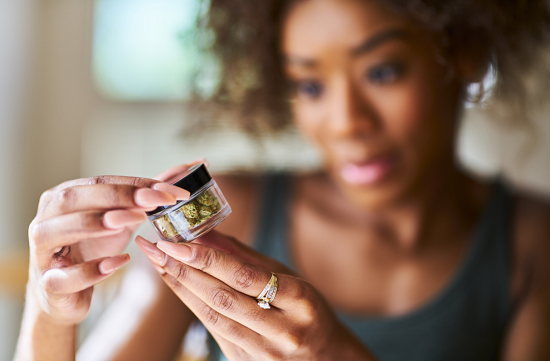 Well, the results from a new study of more than 200,000 cannabis user experiences is helping businesses determine what their customers desire.

As cannabis marketing specialists, we were very interested in what they found.

What Are Cannabis Consumers’ Preferences?

In an effort to demystify intentional and mindful cannabis use across the country, researchers recorded data from a total 206,000 sessions on the Jointly app that focused on the who, what, where, when, why, and how of cannabis use.

The data was the crunched to create a full report. Here’s what they discovered:

Relaxation and stress relief appear to be the most common goals, while replacing other substances such as alcohol or caffeine were the least common. Makes sense – given that THC is now added to coffee and cocktails.

Even so, among the people who did use cannabis to replace other substances, they had the highest success rate of everyone. Researchers speculate that it might be because “the act (of using cannabis) itself defines success, regardless of outcome.”

For those consumers, beverages containing THC were the top choice for replacing substances. Concentrates, however, seemed to be the most effective.

The “at home” component is likely due in part to the fact that most states and communities where marijuana is legal don’t yet have consumption lounges. But it could also be a result of people using marijuana to help them sleep.

Nevertheless, the data showed that half of the users preferred to go solo and nearly 80% were at home. Interestingly enough, consuming in nature – which was low on the list of preferences –  resulted in the best outcomes for six of the nine goals in the study.

Those in the 58- to 76-year-old demographic are responsible for 12% of the edibles market and 3% of tinctures. That’s more than the whole combined market for everyone under 41.

For the baby boomers, they claim that edibles and tinctures more effectively give them the results they seek than do inhalable such as dabs, vapes, or flower. So if you have an older consumer base, this is valuable information.

Whether it’s because of advanced technologies such as nano emulsion that allow for faster onset, or the ease of accurate dosing, beverages are the overall favorite for helping consumers reach their goals. No matter what the goal is.

Even though beverages reign supreme in delivering results, the Jointly report found that “flower is the most frequently used product type, used in 60% of consumption sessions reported among purposeful consumers.”

Coming in a far second is vapes at 24%. Dabs account for only 8% of the market. But combined, these three inhalable forms come in at 92% for consumption sessions. So flower maintains its stately position at the top. Even if it’s not the highest rated for delivering desired results.

Having knowledge of cannabis consumers’ preferences will give you the upper hand for succeeding in this saturated market.

But so too will a killer cannabis marketing and public relations strategy. We’ve got you covered. Contact us today to see how.

Anti Marijuana Committee for the Legalization of Marijuana

One would think that most anti marijuana groups are exactly that: anti…

You might be wondering, what is STIIIZY? So glad you asked. In…