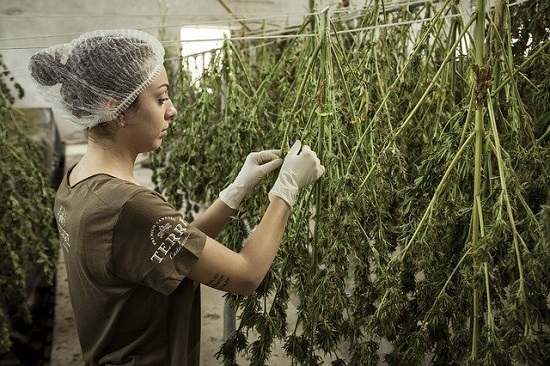 Historically speaking, the Republicans haven’t been widely touted for supporting the environmentalists’ cause. It’s just not part of their agenda.

So that’s why it’s strange that two Republican congressmen are suddenly concerned that cannabis is environmentally unfriendly.

Their alarm is borne of statistics from various studies.

What Were These Studies?

In their attempt to display the devil’s weed as an environmental hazard, Congressmen Doug Lamborn (R-CO) and Earl L. “Buddy” Carter (R-GA) sent their letter to the respective heads of the Department of Energy, the Environmental Protection Agency, the Department of the Interior, and the Energy Information Administration referencing statistics from several studies.

Their main argument was that cultivating cannabis requires high amounts of electricity and water when compared with other agricultural plants. They’re concerned about increasing competition for energy. Their letter stated, “It is essential that the nation understand the burden marijuana cultivation puts on the electrical grid and the environment.”

Never mind, though, that several of the studies were based on outdated growing technology and one was from over ten years ago. So some of the statistics are (conveniently) antiquated.

For instance, their letter claims that a module with four plants uses as much electricity as 29 refrigerators (3,000 – 7,000 watts). Yet the vast majority of commercial growers use 1000 watt high-pressure sodium lights or have switched the LED models that burn around 300 watts. And many modules have up to ten plants now.

Furthermore, the congressmen stated that the annual cannabis cultivation electricity demand will grow 65% during the next decade. But one of the biggest reasons cannabis cultivation requires so much electricity is that is STILL federally prohibited. Therefore, it must be grown indoors. Once federally legalized, many companies will move from indoor to outdoor growth models.

The whole letter is short-sighted at best.

Meanwhile, a study published just last year found that cannabis actually uses a small amount of water relative to other agricultural crops. In addition, with proper planning and policy in place, mass scale cannabis will not be a strain on the environment.

Some of the policy recommendations include incentivizing best practices to reduce energy footprints of indoor cannabis cultivation, putting a priority on science-based practices to lessen air pollution and air quality impacts, and pesticide controls that are stricter than those for standard agriculture.

Even so, the congressmen are moving forward with their letter – issuing a series of questions that need to be answered by November 30th. They are as follows:

Feels like another smoke screen to avoid dealing with all of the REAL problems the country faces. But as long-time cannabis advocates, that’s just our opinion.

Tired of the Demonization of Marijuana?

If you run or own a cannabis business, you’re probably sick and tired of these time-consuming tactics that just make your job harder.

To say that cannabis is environmentally unfriendly is merely a last ditch plea from misguided folks to respect and honor the (not-so) “good old days.” The transparency is astounding.

Don’t get bogged down in the BS. Contact us today to address all your cannabis marketing and public relations needs. And leave the nit-picking to the delusional.

In the midst of so much contention and divisiveness across party lines,…

Who Are the Biggest Cannabis Consumers?