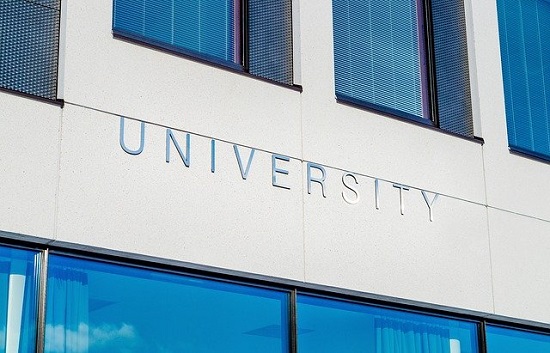 “I’m getting a degree in pot, man,” are words you’re not likely to hear ever.

Because, come on. Students serious about studying cannabis aren’t descended from a Cheech and Chong lineage.

They understand the countless opportunities this industry has to offer. And they’re serious about being players in it.

That’s why colleges are adding cannabis to the curriculum – with a couple of Michigan universities offering cannabis courses.

One even offers a full-on degree.

It’s intelligent planning – as more and more graduates gear up for careers in cultivating, analyzing, researching, and marketing cannabis.

Market research that focuses on cannabis industry trends projects the industry will support 467,000 jobs by 2022.

On the scientific side, there is an urgent need for analytical chemists who are able to perform quality assessment and assurance for products. So in 2017 – even before marijuana was legal in Michigan – Northern Michigan University in Marquette began offering a four-year degree in Medicinal Plant Chemistry in 2017.

A chemistry professor at the school sees it as a fast track for scientists who are interested in cannabis to get into this highly competitive industry.

At this point, NMU’s four-year degree has drawn nearly 300 students from 48 states.

NMU doesn’t get all of the attention in the Upper Peninsula though.

Across the peninsula, Lake Superior State University in Sault Ste. Marie launched a Cannabis Chemistry major in the fall of 2019 where students can earn an associate’s or bachelor’s degree in the chemistry program.

For students not as drawn to science, they also launched a Cannabis Business major – where students earn a bachelor’s degree in the business program.

This is incredibly needed. The cannabis market has been parachuting into various states, but there’s just no education in how to work within that  marketplace.

Meanwhile at the University of Michigan…

Smack dab in the town known for its decades celebration of Hash Bash each year on April 20th, the University of Michigan now offers a course in marijuana.

It covered the underlying biology, chemistry, pharmacology, toxicology, epidemiology, and pharmacokinetics of cannabis. The course it aptly titled PharmSci 420.

All joking aside though, this is not the stoner’s version of Rocks for Jocks. It’s a serious course.

An example of what you might see on the syllabus for a single class is “Study the secondary metabolism, biosynthesis, and CBD and THC assembly from cannabis.”

The professor of the course has a firm belief in building science around marijuana. He hopes this his course will help students better understand cannabis and how it can be used as medicine.

The Success of PharmSci 420

PharmSci 420 is chock full of lectures from experts in the industry including doctors, psychologists, pharmacoepidemiologists, lawyers, social policy experts, and dispensary operators.

The professor is feeling really encouraged.

He says that the student engagement for a typical pharmacy course he teaches is usually around 25%. For this course though, it’s closer to 90%.

There’s no doubt it’s generated a lot of interest. While half of the students in the course are studying pharmacy, the other half represent myriad disciplines including business, nursing, kinesiology, and even computer science.

Yet because training in medical cannabis hasn’t yet become part of standard medical practice, there are no students studying medicine in the course.

Ultimately, the professor hopes that one day it will be part of the medical school curriculum. Especially given marijuana’s effectiveness as an alternative to toxic and lethal drugs like opioids for relieving pain from cancer and other diseases.

The Newest Trend in Higher Education?

Hopefully these Michigan universities offering cannabis courses will inspire other major universities in the state to follow their lead.

There’s a wide open market just waiting to be filled with enthusiastic and educated people.

And for more of the latest news on cannabis in Michigan and beyond, keep checking back with our blog!