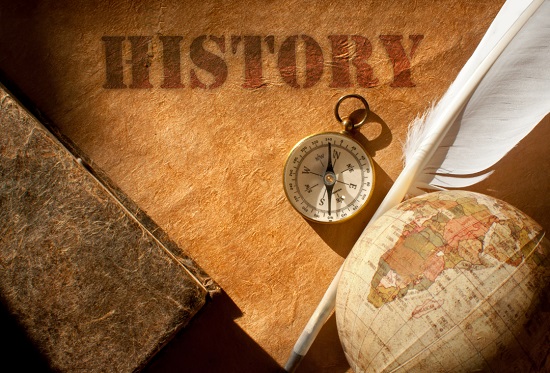 If you don’t fancy yourself much of a history buff, you may have never been inclined to research the history of marijuana.

We understand how boring history can be.

Even so, next time you’re toking, vaping, or squishing that gummy between your teeth, it may interest you to know a brief history of what brought you to that moment.

So without further ado…

A Brief (We Promise) History of Marijuana

Marijuana has a rather storied past in the United States. We’ll take a look at some red-letter years in that story.

Eleven years into the 20th century, sentiment for Prohibition was growing. There were people who were very serious about NOT drinking. And they didn’t want others to do so either.

Prohibition would be enacted in 1917, but Massachusetts decided to outlaw marijuana way before that in 1911. They were the first state to do so – though several states would follow.

It prohibited restricted doctors from prescribing narcotics, as well as the importation of opiates. Despite the focus being on opium, morphine and heroine, the bill hit the marijuana industry too.

It would be twenty years before the film ‘Reefer Madness‘ made its debut.

In this ridiculously fictional story, a group of people under the influence of the devil’s weed are motivated to steal, rape, and even kill. Although the film was originally a morality tale created by a church group, when director  and producer Dwain Esper got his hands on it, he knew he could utilize fear to drive an audience.

He’d have had a brilliant career at certain news channels today.

Franklin Delano Roosevelt generally gets good marks for his 12 year run as president. Even so, he was responsible for signing into law the Marihuana Tax Act, which banned cannabis.

The day after the act went into effect, 58-year-old Samuel R. Caldwell was arrested for cannabis possession. He served three years in prison, then died the year after he was released.

You may only know LaGuardia as an airport in New York. Yet Fiorello LaGuardia – Mayor of New York City – had been a fierce opponent of the aforementioned 1937 Marijuana Tax Act. So in 1939, he appointed a commission to study the effects of marijuana.

The LaGuardia Report was published in 1944 and it contradicted claims made by the federal government about the dangers of marijuana. Imagine that.

When Nixon decided to declare a war on drugs in 1970s, he said this: ”Public enemy number one in the United States is drug abuse. In order to fight and defeat this enemy, it is necessary to wage a new, all-out offensive. I’ve asked the Congress to provide the legislative authority and the funds to fuel this kind of offensive.”

He also said, less eloquently, “By God, we are going to hit the marijuana thing, and I want to hit it right square in the puss…I want to hit it, against legalization and all that sort of thing.”

This was the point through the Controlled Substances Act when marijuana became categorized as a Schedule 1 substance – giving it the same sinister standing as heroin and LSD. (One could argue this was the true definition of reefer madness.)

Things were looking up in 1977 when Jimmy Carter (39th President, Nobel Peace Prize Winner, and dude building houses with Habitat for Humanity well into his 90s) advocated for decriminalization of marijuana.

Carter wrote a letter to Congress stating the following:

As a result, eleven states decriminalized marijuana between 1973 and 1978.

The first synthetic or chemical made form of cannabis, Marinol, was approved by the FDA in 1985 –  making it the first marijuana product to be approved by the agency. Marinol is highly effective in relieving nausea and vomiting associated with cancer treatments.

Though some states had decriminalized cannabis, California was the first state to fully legalize medical marijuana. In the four years that would follow, Oregon, Washington, Alaska, Hawaii, Nevada, Colorado and Maine would all follow suit.

Colorado and Washington became the first two states to legalize the recreational use of cannabis. Meanwhile, Massachusetts – the first state to prohibit cannabis – approved a ballot measure to legalize medical cannabis.

The 2018 farm bill legalized low-THC hemp and hemp-derived products such CBD at the federal level. These products were also “descheduled” from the Controlled Substances Act, where they’d also kept company with heroin and LSD since 1970.

There’s still a fight, to be sure. A South Dakota initiative to legalize recreational and medical use was recently ruled state-unconstitutional by a circuit court judge. But the Sturgis Motorcyle Rally continues to thrive. So, yeah.

We hope this brief history of marijuana at least kept you awake for a few minutes. You may have even learned something.

And if you want further enlightenment, as it were, on all topics cannabis, keep checking back with our blog!

History of cannabis in U.S., History of marijuana in U.S.

The 4th of July is a day to celebrate independence. And maybe…