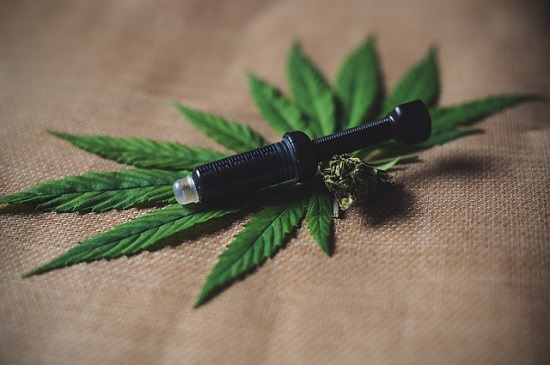 With the marijuana shortage in Michigan, more and more dispensaries are stocking their shelves with CBD products.

The REEF in Detroit, for example, has a CBD bar with more than 40 products ranging from oils and tinctures, to tablets, topicals and edibles.

But making sense of CBD is still confusing for a lot of people.

At dispensaries like The REEF, their bud tenders are always ready and willing to educate customers on using CBD.

But maybe you’d rather go in armed with information already. If that’s the case, we’ve created a CBD primer to help clarify.

The Case for CBD

Every disease known to humankind interacts with the human endocannabinoid system (ECS). Every disease.

CBD is one of the primary cannabinoids in cannabis. And the human ECS is equipped with receptors for it.

For a long time though, there simply wasn’t enough evidence of the benefits of CBD. Research on CBD from marijuana was hindered because of the plant’s status as an illicit drug.

Legalization has allowed more research though. And recent studies have found that using CBD as a regular dietary supplement for conditions like pain, anxiety and nausea can be quite effective.

CBD’s non-addictive qualities have also been effective in assisting with the opioid epidemic. With expanded access to cannabinoids, there will likely be continued progress on this front.

But with so many CBD extracts on the market today, where do you even begin to start doing your own research?

Don’t get discouraged. We’ll clarify what some of the more common labels mean so you can make sense of the CBD game.

Full-spectrum means anything that was derived from whole-plant flowering cannabis and is part of a “full” spectrum of many cannabinoids. These include CBD, CBG, CBN, CBG, CBC, THC, THCa, and others.

In general, if a full spectrum product contains more than 0.3% THC, you can only legally purchase at a state-approved dispensary.

If it contains less than 0.3% THC, it is sold as a hemp product under the 2018 United States Farm Bill and is federally legal.

A distillate starts out as a full-spectrum oil made from a whole-plant process. But then it is further refined to remove or reduce CBD, CBG, CBD, CBN, and CBC.

This extract of CBD is the most common and is helpful for people struggling with anxiety, epilepsy, and other disorders. At this time, a THC-free distillate is the most costly extract.

This white and powdery substance is almost (99.9%) pure CBD. There are no additional cannabinoids in a CBD isolate.

This is a smaller form of CBD where certain micro-emulsions are made to be water-soluble. The purpose of nano CBD is to make it easier to incorporate into beverages.

There’s also some belief that these smaller (nano) particles could increase absorption in the bloodstream. The jury is still out on that though.

Because legalization has made CBD so accessible, there’s a lot of fake stuff out there. So avoid buying CBD from any place that’s not a dispensary.

In many cases, there may only be trace amounts of CBD. If any at all.

The CBD Market Is Exploding

With the legalization of CBD, there’s been a huge surge of innovative commercial applications for it – from gummy bears, dog treats and beverages, to a wide array of cosmetics and pharmaceuticals.

And with a projected market of $20 billion by 2024, it shows no sign of slowing down any time soon.

Making sense of CBD doesn’t have to be difficult.

At dispensaries like The REEF, you’ll find the highest quality CBD with the most knowledgable staff. So stick to those establishments.

And by all means, skip the gas station.

For more helpful tips and advice about all things cannabis, keep checking back with our blog.

How Can You Scale Your Cannabis Business?

Big time. Because the thing is, cannabis is an increasingly crowded market.…