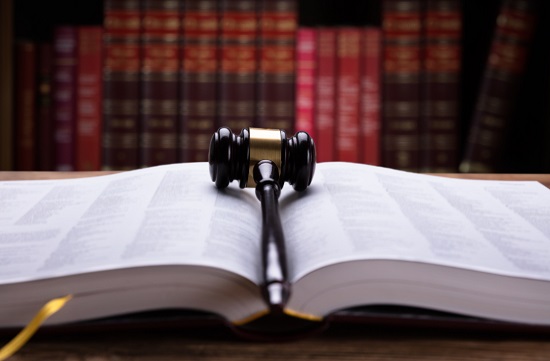 Now it’s headed to the House for a vote.

The main culprit is delta-8 THC which is a psychoactive cannabinoid synthesized from hemp. Though there are other compounds of concern on the bill as well.

What the Bill Entails

The bill seeks to expands the definition of cannabis to include THC “regardless of whether it is artificially or naturally derived” and regulate cannabinoids under the state’s Marijuana Regulatory Agency.

Other states have already passed similar legislation. In Alaska and Vermont, these cannabinoids are prohibited. Washington state has a temporary ban on delta-8 and delta-10. Oregon and Illinois lawmakers are currently toying with prohibiting them.

So What’s Going On?

The cannabis compound that most commonly provides psychoactive effects is delta-9 THC. But now folks in the hemp and marijuana industries have figured out how to synthesize a compound from hemp known as delta-8 THC.

Delta-8 THC induced euphoric effects similar to those of delta-9 THC. But since the prior laws were written too narrowly to include it, products such vaping cartridges, tinctures and edibles are showing up on gas station, smoke shop, and convenience store shelves.

As such, marijuana testing labs are reporting a large increase in the number of growers and producers who are extracting delta-8 THC from marijuana rather than the more traditional delta-9 THC. And since delta-8 THC is in a legal grey area, hemp farmers have also found it an increasingly popular way to sell their harvests.

Making Delta-8 THC Harder to Get

Michigan state Representative Pat Outman (R.) said the unregulated cannabinoids remind him of other “sketchy substances that are working their way into gas stations and other retail places.” He feels there aren’t consumer protections or any sort of regulatory structure for such products.

The House Bill is actually sponsored by Democrat state Representative Yousef Rabhi of Ann Arbor. If the bill passes, products containing delta-8 THC and other cannabis-derived substances would fall within the purview of the Marijuana Regulatory Agency.

Furthermore, only individuals and shops licensed by state cannabis regulators will be able to produce and sell hemp-derived THC products.

If the Michigan House approves the measure, it will move onto the Senate and then seek approval from Governor Gretchen Whitmer to become law.

Surprised to hear there’s such a thing as delta-8 THC?

As cannabis marketing experts, it’s essential that we stay on top of every shift and change in the industry. And they’re constant.

So keep checking back with our blog for all the latest on cannabis happenings in Southeast Michigan and beyond.

8 Cannabis Strains for Motivation During COVID-19

A few weeks ago, we reviewed cannabis strains to help you ease…

There are many ways to tell that autumn is coming. Yeah, it’s…