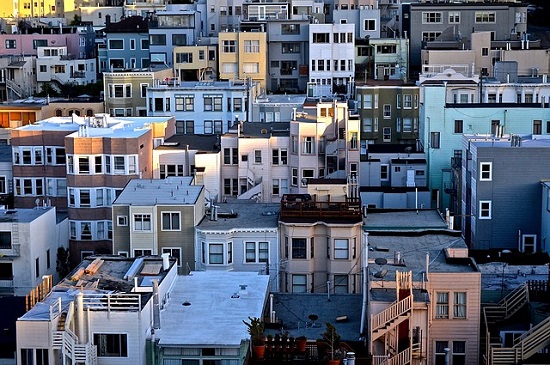 Many people still fail to see how dispensaries improve neighborhoods.

Last week on August 7th, voters in three Michigan communities with marijuana proposals on the ballot voted against allowing marijuana businesses in their towns.

It’s no surprise that Vanderbilt was one of them. The village council banned marijuana businesses from their town earlier this year and voters just backed that decision.

And voters in Crystal Lake – a tiny town in Northwest Michigan – also approved a proposal to ban pot shops in town. Again, not a big shock.

But then there’s Highland Park.

Voter’s Decisions Must Be Respected

This was the sentiment of Marcelus Brice, a Detroit lobbyist who spearheaded the Highland Park proposal and was trying to make sense of the loss.

“But the residents of Highland Park won’t get to see the benefits of having marijuana facilities in their town,” he said in an interview with the Detroit Free Press.

And that’s too bad. Especially given the struggles the city has faced over the past 50 years.

Where cities like Vanderbilt and Crystal Lake could have also stood to benefit from dispensaries, they probably wouldn’t have gained nearly as much as Highland Park.

At least, that’s what the latest research shows.

Frustrated by the lack of data and statistics that show how dispensaries benefit communities, Leafly recently published a comprehensive report that backs this.

Their team of data analysts, researchers and editors reviewed 42 key studies. Here were some of their key findings:

Leafly’s intention behind this literature review was to better inform civic debate at the city, state and national levels. And there’s a lot more where that came from.

Because every time a state legalizes cannabis, local municipal officials are put in the tough position of deciding whether to allow or prohibit cannabis stores from operating in their jurisdiction.

And they are ultimately at the mercy of the voters in the jurisdiction.

This is where the problem lies. There is a lot of misinformation out there. And it spreads like wildfire.

Despite the information to the contrary, law enforcement leaders and real estate agents continue to (falsely) warn folks about increased crime in neighborhoods with dispensaries.

All of this fear and archaic thinking has lodged a 25 point gap between support for legalization (75%), and support for a neighborhood dispensary (50%).

So if this is the overriding belief in cities like Highland Park, then it makes perfect sense that voters wouldn’t be gung-ho about bringing in marijuana businesses. They’re trying to revive their city, not pull it back down.

Unfortunately, they haven’t been exposed to the information coming out of states like Colorado and Washington – where the data represents five years of adult-use cannabis sales.

Not only does research there find that cannabis stores improve public safety, health, and property values, but they make for good neighbors too.

In fact, many local officials have switched from reticence to confidence in having well-regulated stores – citing these companies as the most socially responsible members of the community.

Meanwhile, the result of banning cannabis stores and dispensaries from communities often has the unintentional effect of propping up the local black market.

So it’s a double whammy.

It Continues to Be a Slippery Slope

If you’re lucky enough to live in a community with a well-run cannabis business, you may already be seeing in action how dispensaries improve neighborhoods.

Even if it’s subtle.

Sometimes it’s just nice knowing that there’s someone in the neighborhood who’s helping. Maybe some day, every neighborhood will see it this way.

In the meantime, we applaud the efforts of every dispensary rising to the occasion and facing the challenges inherent in this business. If you feel like your marketing and public relations strategies could use a boost, then contact us.

We want nothing more than to see you succeed and help improve neighborhoods.

What NOT to Do When Pitching Your Cannabis Business

Let’s face it. Over the years, the cannabis industry has become a…

Cannabis use is global. That’s certainly not breaking news. And the reason…