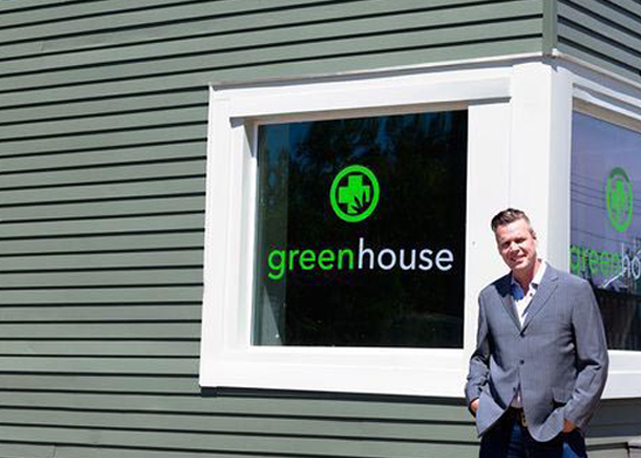 So that makes them unique.

And while many dispensaries strive to give back, Greenhouse’s continued commitment to the community is truly outstanding.

A Reminder to Never Forget

Most recently, Jerry Millen, owner of the Greenhouse, sponsored an event that culminated in nearly 100 cyclists from Detroit visiting an Underground Railroad home in Walled Lake that Millen had a key role in restoring. And tens of thousands of dollars were provided by supporters to bring the home back to its original pristine condition.

But the giving back doesn’t stop there.

As the premier dispensary in Oakland county, the Greenhouse prides itself on ensuring that customers and patients receive qualified counseling and guidance when it comes to selecting the right products for them whether for a health condition, relaxation or just plain fun.

But Millen and his crew know the importance of giving back to the community. And though giving back a battle cry throughout the whole cannabis industry, the Greenhouse always takes it to the next level.

The holidays are never a dull affair at the Greenhouse. “We love our families who live in the area and patronize us,” says Millen. “And I love giving back to the community and spreading a little bit of holiday joy.”

As such, this Tuesday, October 12th, the Greenhouse, in cooperation with UBaked Edibles in Burton, Michigan, will be giving away 1,500 pumpkins. Just because!

From noon until 9pm (while supplies last, that is) ANYONE can come the Greenhouse and get a free pumpkin. And these are the real deal. None of those miniature dwarf pumpkins. These are basketball sized. There’s no age minimum.

The only restriction is one pumpkin per visitor. Which is fair. After all, it’s all about giving to the community and not just two or three people who want a hundred pumpkins in their yard.

So come on by the Greenhouse at 103 East Walled Lake Drive in Walled Lake, Michigan on Tuesday and pick up your FREE pumpkin. We’ll see you there!

We’re continually proud of and humbled by Greenhouse’s continued commitment to the community. That’s why we report it here.

As cannabis marketing experts who have also been in the business for a long time, we have our finger on the pulse of all the latest happenings in the cannabis industry.

So if you want to boost your marketing strategy – including coverage on our blog – contact us today. We’ll put the spotlight on you.

Finally! At least, that’s what folks in Oakland County are saying. And…