Who Are the Major Donors to CADCA? 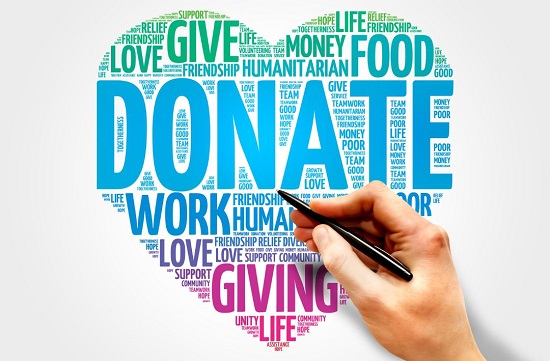 You’ve probably heard the phrase, “every purchase you make is a chance to vote with your wallet.”

In other words, if you feel strongly about certain causes, it would behoove you to know if the companies you choose to patronize are aligned with your beliefs. Otherwise, you could be unwittingly financing causes you oppose.

If you haven’t heard of CADCA, it stands for the Community Anti-Drug Coalitions of America. While the organization does some good work, it also consistently fights to keep cannabis illegal. And they have more than a handful of donors.

Below Are Some Major Donors to CADCA

Unfortunately, the list of donors is far too long for us to tackle in this post. And frankly, many of them are not surprising. We will look at some that did raise an eyebrow or two though.

When was the last time you saw an ex-NFL player touting his new cannabis brand? An hour ago, maybe? It seems likely – given that they’re some of the most outspoken and visible advocates for the power of the flower.

And even if they’re not pushing their own brand, many NFL players sing the praises of cannabis for pain relief from those many years of crashing into one another. So there’s that.

Yet, the NFL doesn’t seem to have any vested interest in federal legalization. Go figure.

Speaking of athletes, the nonprofit Eluna was established by former Mariners and Phillies pitcher Jamie Moyer. Through this non-profit, he and his wife have long backed causes that benefit children at risk. This includes children impacted by substance abuse disorders and trauma.

Yet one could argue that children who are removed from their homes after parents are sent to prison for marijuana possession are subject to trauma. Until the legalization and regulation of cannabis is enacted, these children will continue to be victims.

This one may not surprise you so much. It’s a church, after all.

What is surprising is that it’s the ONLY religious organization on CADCA’s donor list. What’s even weirder is that Methodists were pretty progressive back in the 1970s. They were once the hippies of the church world. It seems their offspring are more like Alex P. Keaton.

If you’re not obliged to buy diaper ointment or baby shampoo, you might think you’re safe from this one. But J&J also manufactures Tylenol, Neutrogena, Acuvue, and Band-Aids (among others). So consider that the next time you’re bandaging a cut and seeking pain relief.

It’s ludicrous that the producers of corporate doughnuts feel they even have a say in creating drug-free communities. While sugar isn’t a drug, per se, it’s certainly causing far more damage than cannabis. Furthermore, with the onslaught of munchies experienced by cannabis consumers, don’t they stand to actually make money through legalization? Just sayin’.

Finally, it’s interesting that big-name marketing firms like those listed above aren’t exactly champing at the bit to work with the legal cannabis industry. With so many entrepreneurs and start-ups in need of branding and advertising, they’re missing a huge market here.

This peculiar stance has certainly created opportunities for cannabis-focused marketing and public relations firms to thrive over the past few years.

It’s odd that so many companies would be major donors to CADCA in this day and age. And while we certainly applaud CADCA’s efforts to eradicate illicit drug use that destroys communities, it’s increasingly clear that cannabis is not one of those drugs.

So if you’re a proud cannabis business owner in search of powerful and effective marketing and public relations, contact us today. (We assure you that we’re not affiliated with CADCA.)

Along with the increase in demand for medical marijuana, there is a…

Why Branding Is Crucial for Marijuana Dispensaries