Cannabis Could Curb Opioid Use 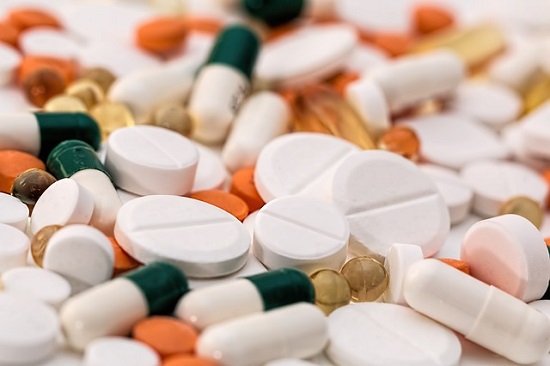 Did you know that in states where marijuana is legal there are fewer deaths from opioid overdoses? There’s a real possibility that using cannabis could curb opioid use for some.

In fact, back 2019, a study in the Journal of Psychoactive Drugs

showed that nearly nine out of ten adults who bought cannabis for pain relief and had previously used opioids had either reduced or stopped opioid use.

As cannabis marketing experts, we’re excited by this prospect.

What Happened in the Study

Store staff from two cannabis dispensaries in Colorado invited customers to take part in a survey. Customers with a medical marijuana card were excluded – which left them with 1,000 respondents.

From those 1,000 respondents, 647 said they used cannabis for pain relief. Of those, 49% (319 people) said that had also used opioids (hydrocodone, oxycodone, tramadol, and/or morphine) in the past six months. It turns out that 88% of those 319 people said they had either stopped or reduced opioid use once they began using cannabis.

Is it a perfect study? Of course not.

For starters, the survey failed to ask respondents their main reason for taking cannabis. That means that respondents could be using cannabis for both symptom relief and the whole psychoactive experience. Even so, the figure for those who reported stopping or reducing opioid use does correspond with other research in this area.

So Cannabis Could Curb Opioid Use

Here’s a grim reality. According to the CDC, nearly 2 million Americans were abusing or addicted to opioids in 2014. And the Kaiser Family Foundation estimated that more than 21,000 of them died from overdoses.

It was also in 2014 that the medical community began hinting at the possibility that medical marijuana could start taking that number down.

Researchers examined death certificates from 1999 – 2010 in all 50 states. They found that in states that permitted medical marijuana, the annual rate of deaths due to opioid overdose was nearly 25% lower than in states where it was illegal. And the effect grew stronger in the 5-6 years after marijuana was approved.

In a more recent study, a father-and-daughter compiled Medicare prescription data from 2010 to 2013 and found a significant difference in the number of prescriptions for several conditions. The one that stood out the most was for pain though. In medical marijuana states, each physician prescribed an average of 1826 fewer doses of conventional pain medication each year. That may not sound like much, but it translates to millions of doses each year in those states.

Federal Prohibition Must Be Lifted

It’s unlikely that cannabis will destroy the opioid epidemic. But it could certainly put a sizable hole in it. Especially as more research is permitted and conducted.

This is certainly happening in states where it’s been legalized. The problem is, as long as cannabis continues to be listed as a Schedule I on the DEA’s list of the most dangerous drugs, there will be hurdles to this research and following up on it.

And right now with research being outpaced by informal experimentation, millions of Americans are forced to treat themselves with medical marijuana without any guidance from standard clinical trials. Putting policy out in front of science just doesn’t make sense.

But it will continue to be the inevitable outcome as long as federal prohibition continues.

The potential that cannabis could curb opioid use is big news. And there’s always something going on in this exciting industry.

So keep checking back with our blog to get the latest.

And if you’re a cannabis business owner looking to give your marketing and public relations an upgrade, then contact us today. We’ll get you noticed.

Legalizing Marijuana in Michigan – the Fight Is Not Yet over

What are you doing on November 6th? (Yep. You know where we’re…