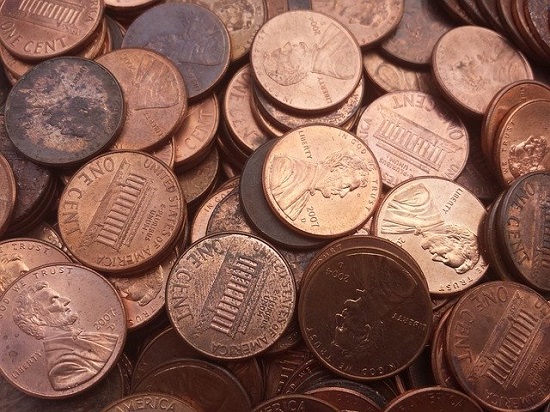 Now it’s putting a chokehold on the U.S. Mint too. And that means there’s a shortage of coins in circulation.

This is due, in part, to the partial closure of the economy. The flow of coins just isn’t what it once was. But the U.S. Mint is also taking precautionary efforts to protect their workers from the virus. We can’t begrudge them that.

Yes, the shortage of coins is a drag for many companies. But the coin shortage impacts the cannabis industry in an especially harsh way that goes far beyond being just a drag.

This translates to limited payment options for some businesses.

Many businesses are asking customers to pay with debit or credit cards if they are not able to provide exact change.

Some of the big box stores are no longer allowing customers to pay with cash at the self check-outs. Other businesses are offering incentives to people who bring rolls of coins into their establishment. Some 7-Eleven stores were even offering free Slurpees to those who brought in $5 worth of coins.

Businesses in wealthier neighborhoods are working toward being part of the shortage solution by encouraging customers to round up their purchases at the register. The businesses then donate the extra funds to support local charities.

That’s a nice solution. And for some, it’s viable. But some customers just can’t afford to have their purchase costs rounded up during these tough economic times.

Just as most businesses can’t afford to round down on every transaction either. And this is what’s making it particularly challenging for those who have cannabis businesses.

How the Coin Shortage Impacts the Cannabis Industry

The cannabis industry is no stranger to the word ‘shortage.’ In the last year, we talked extensively about the marijuana shortages that were a result of licensing, testing, and general ‘hoop jumping’ bureaucracy.

These days, consumers can land a six-gram bag of flower in the blink of an eye. No problem. But finding the exact cash to pay for it is another issue.

And since the cannabis industry is a nearly 100% cash business because of Federal regulations, the shortage of coins means things are getting dicey at the dispensaries.

“Last week we ran out of pennies so we just began rounding down. This is a financial hit to our business,” says Jerry Millen of the Greenhouse in Walled Lake. “Now we are running out of quarters. And that could be a substantial loss to our business if we can’t figure out a way to make change.”

With much of the industry lacking access to real debit and credit merchant services, if change runs out completely, dispensaries will likely be forced to take it out of the consumers’ pocket as they round up to price products to the whole dollar amount. And nobody wants to do that.

“I would love nothing more than to be able to accept credit cards right now,” say Millen. “But it’s a cash business and we are running out of change. It’s a huge problem. And it really highlights the need for marijuana to be legalized federally so that we can accept credit cards.”

The lack of credit cards is tough enough. But since the Feds rolled out the “Strategic Allocation of Coin Inventories” on June 15, dispensaries are the low man on the allocation totem pole, as it were.

One dispensary manager in Los Angeles said she had six different banks reject her. It’s inexcusable. And unfortunately, it’s the reality right now.

The Federal Reserve says it’s working on several fronts to minimize the impacts from the shortage. They’re also encouraging banks to lift current restrictions on rolled coin deposits. But they note that even with all of these measures in place, the situation in the near term could be tough.

How Can You Help?

If you have a change jar on your dresser or a lot of extra coins floating around in your car, now is the time to gather them up and put them to good use.

The coin shortage impacts the cannabis business more negatively than other industries. So the next time you hit your favorite dispensary, come loaded with coins.

It could just save the business.

And if you own a cannabis business and would like to reevaluate your current marketing efforts, contact us today. Coins or no coins, you need a solid brand.