Why the Cannabis Industry Needs to Fight Racism 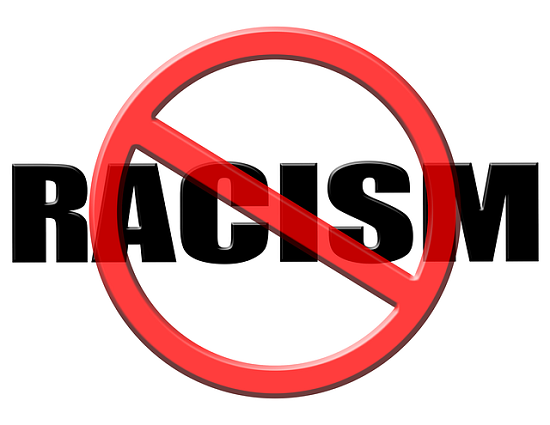 On this blog, we’ve talked extensively about the responsibility that the cannabis industry feels to be part of the community and give back.

Yet as with every industry, there are always those within it who question why we should carry a special responsibility to build equity, fairness, and social justice into our industry’s cultural and legal framework… in other words, why the cannabis industry needs to fight racism.

They ponder why other industries are free to pursue the capitalistic American dream with no regard to such concerns. (Of course, those who are questioning are white.)

Here’s the answer. Cannabis has a unique history. American laws built around it put millions of black people in jail – thereby denying them jobs, housing, and the right to vote. And to ignore this fact is nothing short of criminal.

The Truth Is Ugly

Where marijuana is still illegal, police continue to use it as an excuse to stop and harass black people. Not so much the case for white people.

In fact, black people are four times more likely to be arrested for cannabis than white people—despite the fact that usage rates are about the same.

Now, the past decade has seen some serious reforms in the United States in terms of legalizing marijuana. As of now, there are only nine states left where it is considered completely illegal. That doesn’t mean that it’s been decriminalized in the other 41 states though.

And it’s only fully legal in 11 states.

Legalization Was Not a Total Solution

The continuing legalization of marijuana in the U.S. is a huge victory. And we don’t mean to make light of that.

However, early cannabis regulations designed to keep drug cartels out of the legal industry also excluded black Americans who had been unfairly swept up in the drug war.

Plus, so-called equity programs that granted licenses to people in areas disproportionately affected by the drug war uncovered an ugly truth –  people with darker skin do not enjoy equal access to capital.

Because of federal prohibition, small business loans aren’t available to any cannabis companies. This isn’t as much of an obstacle to white entrepreneurs who have cultural privilege and social connections with venture capitalists. It’s considerably more difficult for black entrepreneurs.

So given all of these challenges, how can those of us in the cannabis industry help?

There are an infinite number of organizations working for positive change.

Just a few to consider are:

The Drug Policy Alliance is a national drug reform organization that places people, communities, and harm reduction at the forefront of their advocacy.

Minority Cannabis Business Association is a business league that works to improve the cannabis industry by increasing diversity.

The Last Prisoner Project is a nonprofit that focuses on cannabis prisoner release, record expungement, and reentry programs.

Community bail funds: Use this link to read about the many crowdsourced funds dedicated to helping protestors arrested in this past week’s actions. And this tweet contains QR codes for easy scan-and-donate action.

And keep in mind that National Expungement Week is September 19th – 26th this year. You can use this link to find out how to create an event in your town.

Vote Your Hopes, Not Your Fears

What is your local Congress member’s voting record on marijuana and justice reform measures? If it’s less than savory, show up at community forums prepared to ask hard questions about their policies.

And get super involved on the local level.

How much do you know about your city or county’s district attorney or prosecutor election? Demand to know what your city council candidates are planning to do about reforming police unions and restructuring contracts that allow cops to skirt any and all accountability for their actions.

Work to Expunge Past Convictions

Help those whose lives have been seriously altered by cannabis convictions. Look into nonprofit groups that are developing software allowing cities and counties to automatically expunge the marijuana convictions of thousands of people at a time. A good place to start is Code for America.

And by all means, if you’re in a position to hire, strongly consider recruiting and hiring people who were formerly incarcerated on cannabis convictions. Give them a chance where others haven’t.

Even if you’re lucky enough to live in a state where partial or full legalization is the name of the game, help out in those that don’t have this luxury yet.

Arizona, Mississippi, New Jersey, and South Dakota will have legalization measures on their November 2020 ballots. Meanwhile, advocates in Montana, Ohio, Nebraska, and North Dakota are still fighting just to get petition signatures. Look into how you can volunteer or donate money to these causes.

No matter how “woke” you believe yourself to be, there’s always room to keep improving.

So stay open to widening your boundaries. For instance, learn the difference between being non-racist and anti-racist. Study the history of wealth and housing policy in America.

Read books that make you cringe and wince – that challenge what you’ve been told. And urge your friends and family to do the same.

Awareness is more important now than ever. And it’s one of the best ways we can truly keep giving back.

The dark history of marijuana and its impact on policing black Americans is abhorrent and shameful. So yeah, the cannabis industry needs to fight racism.

It has a responsibility to do so.

And to stay up to date on the latest in the cannabis industry, keep coming back to our blog.

If you haven’t heard of HHC yet, that’s not surprising. But if…