Athletes in the Cannabis Industry 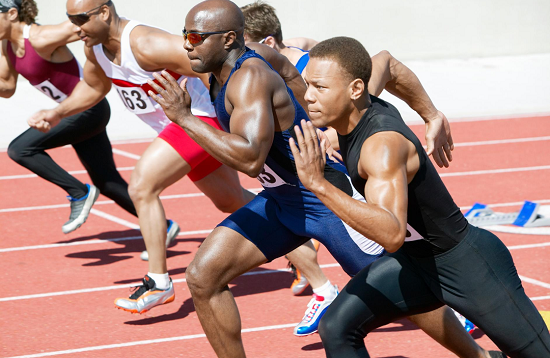 Are you missing your regular serving of sports each evening or weekend?

While watching an audience full of computer screens may not quite do it for you, at least you can still enjoy the benefits of cannabis during this pandemic.

And fear not. All of your favorite sports will be back eventually. And you can take extra stock in knowing that, in the meantime, there are many athletes in the cannabis industry helping to further it along.

Among them are the following:

Around 20 years ago, if an NBA player was caught smoking marijuana, he was considered a hip-hop thug with an unhealthy habit not befitting of the sport.

Fortunately, times have changed. And former NBA player Al Harrington is now one of the biggest players in the cannabis industry. As a non-smoker until 2008, Harrington discovered the benefits of cannabis after surgery.

He now has a cannabis company, Viola, which produces in Michigan, California, Oregon, and Colorado. And Viola has a serious focus on reinvesting in the community and increasing minority ownership. He’s a true advocate.

John Salley was the first player in the NBA to ever win championships with three different teams during his illustrious career playing for the Detroit Pistons, Miami Heat, Toronto Raptors, Chicago Bulls, Panathinaikos, and the Los Angeles Lakers.

These days, Salley and his daughter, Tyla Salley, are busy promoting their dispensary – Deuces22. The dispensary delivers clean, quality product in multiple forms including pre-rolls, vape pens, and topicals. Salley is also involved with GreenSpace Labs and plans to get into the South American market as well.

He is the founder of Hemp Heals Foundation, a 501c3 non-profit organization that dedicates itself to promoting cannabis and hemp as renewable resources that can help increase the quality of life. He also devotes his time to helping athletes relieve their pain with cannabis through CARE (Cannabis Awareness Research Economics) and PAHIC (Pennsylvania Hemp Industries Council).

Olympic gold medal gymnast Gabby Douglas has always been a motivated athlete. And though she’s been a star on the American gymnast team, she’s now teamed up with other professional athletes to invest in Motive CBD.

Motive’s product line is specifically geared towards athletes, and Gabby’s involvement could be a catalyst for future endorsements from other individual women athletes like Serena Williams, Allyson Felix, and Simone Biles.

Cannabis seems to have had the most profound impact on the NFL – particularly because football is so hard on the body.

Eugene Monroe was one of the best football players in the world. He was All-American in high school, one of the best offensive tackles in college football, and a top 10 pick in the NFL draft.

But he’s also felt the effects of Chronic Trauma Encephalopathy, better known as CTE. CTE is a brain injury detected in 90% of former NFL players examined and has been treated with opioids.

In 2016, Monroe shifted gears and became the first active player to advocate for cannabis use in the NFL. He now serves as a member of the NFLPA Pain Management Committee and is the Athletic Ambassador for Doctors for Cannabis Regulation where he takes a stand against the poor treatment of players in the NFL.

Ricky Williams played 12 seasons for the New Orleans Saints and the Miami Dolphins and was a Heisman trophy-winning running back for the NFL.

Ironically, Ricky Williams missed a few seasons and games due to multiple suspensions for marijuana use. But poetic justice has been served. He’s now the founder of Real Wellness, a brand that produces a line of cannabis infused products.

While his use of cannabis once got him in trouble, it has since played an important part in his healing journey. Through Real Wellness, he wants only to share what he’s learned.

Part of what makes Calvin Johnson Jr. and Rob Sims unique is that they are the first NFL players to work with Harvard University. Their Michigan-based company, Primitiv Group, is a cannabis research company working with Harvard on how medical marijuana affects CTE.

They’re hoping that once federal prohibition ends, the NFL will finally realizes what must be done about this horrifying condition and advocate for cannabis as a superior alternative to opioids.

Athletes in the Cannabis Industry Are Teaming Up

The idea of athletes in the cannabis industry was once unthinkable. But now they’re just among the quickly growing population discovering the seemingly endless benefits of this amazing plant.

It just keeps getting more interesting.

And for more great stories on what’s new and trending in the cannabis industry, keep checking back with our blog.