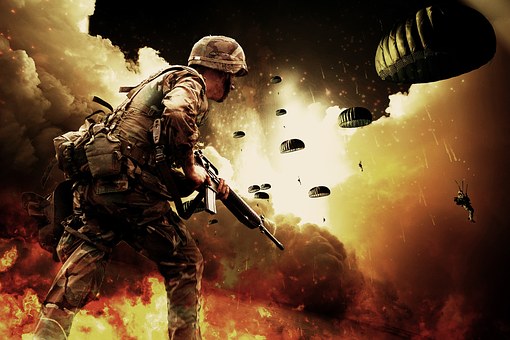 The 4th of July is a day to celebrate independence. And maybe pop off a few fireworks.

But here’s the irony: the fireworks that serve as a symbol of the country’s efforts to attain freedom can be distressing to the veterans who played a major role in achieving independence.

That’s because many veterans – and particularly those who saw combat – suffer from post-traumatic stress disorder, or PTSD.

Fortunately, as folks get a deeper understanding of cannabis, treating PTSD with cannabis has become a viable option.

People who experience a traumatic and even life-threatening event such as combat or assault are prone to lingering memories of the event. They can also have trouble sleeping, as the event replays in the REM state.

Normal functioning in everyday life can become difficult or even excruciating. They may experience major emotional change and perception of the world, causing extreme anxiety and distress.

This is what it’s like for a person struggling with PTSD. And it makes it pretty tough to maintain any sort of quality of life.

It’s not uncommon for those with PTSD to seek relief through medication. Others attempt to self-medicate through alcohol or other drugs.

But now cannabis is on the scene offering another way to help them cope. Plus, it’s a safer alternative to alcohol, hard drugs and even prescription medication – all of which can have undesirable side effects.

It all comes down to the way cannabis interacts with specific receptors in the body.

The human body has what is known as the endocannabinoid system. And the chemical compounds in cannabis, called cannabinoids (CBD and THC), stimulate this system.

Research shows that people suffering from PTSD have much lower levels of a specific neurotransmitter called anandamide. Anandamide is one of the body’s primary endocannabinoids, which are natural cannabinoids produced by the body.

Anandamide serves as a sort of natural antidepressant. It can also impair memory as well. And this is a good thing for those with PTSD.

The CB1 cannabinoid receptors in the body can help turn off traumatic memories so that people can essentially stop paying attention to them. This, in turn, can prompt the system to produce neurotransmitters that promote happiness, pleasure, and memory.

In other words, by suppressing the retrieval of the underlying events that create traumatic memories and nightmares, cannabinoids can go a long way toward enhancing wellbeing.

Because PTSD triggers intense stress, it places the sufferer in a constant state of tension and awareness. This makes it very difficult to get any sleep.

But cannabis reduces REM sleep and the vivid dreams that occur during this stage. This can provide relief from the recurring nightmares associated with PTSD.

Not only that, but it can improve the quality and duration of sleep, while decreasing sweating at night and daytime flashbacks.

While THC and CBD can both help people suffering from PTSD, CBD tends to be more accessible. For now, at least. And because THC has a psychoactive component, it can be a bit riskier than CBD.

But either way, the cannabinoids in cannabis help can empower the body’s endocannabinoid system. They can promote quality sleep, prevent traumatic memories from arising, and generally establish physical and emotional wellbeing for those suffering the harsh symptoms of PTSD.

And all of this allows patients to live their lives again.

Now that you know the benefits of treating PTSD with cannabis, maybe there’s someone in your life who might benefit from this knowledge. For more information on the latest in the cannabis industry, be sure to keep checking back with our blog.

And if you have a cannabis business and your marketing efforts could use a little boost, contact us. We’ll help you get noticed.

In our last riveting post, we talked about software for dispensaries. So…

While provisioning centers in Michigan continue to experience a marijuana “shortage,” the…