The “Unique” Challenges of Running a Cannabis Business 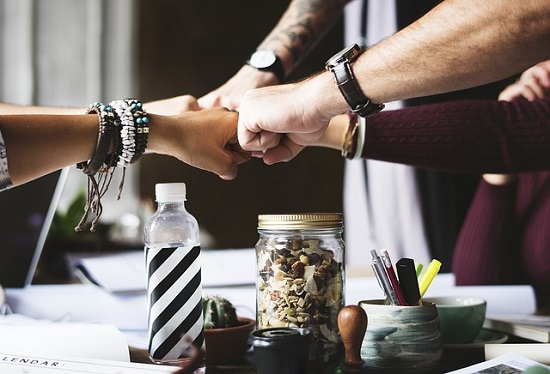 And what we mean by unique is “huge pain in the tuchus.”

Everyone knows that running a business is tough. Even on a good day. And success can be elusive.

But take the rigors of operating a conventional business, stir in complicated laws and regulations, run them all through the ringer, and you’re faced with the ever-so irritating challenges of running a cannabis business.

It definitely ain’t for the faint of heart.

The Challenges of Running a Cannabis Business Start with the Stigma

This isn’t the 1960s. But sometimes it feels like it. Just not in the good ways.

Despite the data, evidence and FACTS that point to the benefits of marijuana, there are still those who shake their heads and tsk with self-righteous pity for what they deem to be the lost souls addicted to the chronic.

To them, a cannabis business is akin to a pusher. They’re dealers in disguise. Eradicating that image is going to take some time. Like, generations.

But that’s just the beginning.

And this has a huge impact on back of the house operations.

“The biggest challenge that we face, all in all, is finances,” says Rush Hasan, head of operations and business development at The Reef in Detroit. “There’s no conventional banking and it’s a lot more manually intensive to keep track of the money.”

Yep. Since marijuana is still illegal at the federal level, there are all kinds of issues with finances. So while regular banking services like checking accounts are available for cannabis businesses, these same companies frequently don’t have access to other services like credit card payment processing. And that makes things tough.

In states like Colorado where recreational marijuana is now legal, there are credit unions that are more flexible about working with cannabis businesses. There are even a few in Michigan. So things are changing. Just slowly.

Meanwhile, At the Front of the House…

“A big challenge at the front of the house is finding professional employees,” says Hasan. “Actual patients who have used cannabis who can speak to customers. And these are hard to find.”

What’s NOT hard to find are those who are under the illusion that working in a dispensary is going to be a laid back and totally chill job where they’ll get discounts on the product.

But customers coming to dispensaries for medical reasons aren’t looking to “smoke down.” If fact, many are struggling, symptomatic and seeking relief. Being received by someone who’s walked or is walking this path is invaluable.

As of now, though, those folks aren’t exactly rushing in to the dispensaries to get work.

It’s a Labor of Love

The reality is, more and more states are moving toward legalizing marijuana. And without elaborating on the current state of the federal government, the possibility that marijuana will be legal at that level ISN’T out of the realm of possibility.

In the meantime, we’re grateful to and want to help those who are willing to face the challenges of running a cannabis business. After all, they’re providing a very needed service to people. A LOT of people.

And it’s pretty damn hard to dispute that. Although there are those who will keep trying…