How One Michigan Company Has Revolutionized Secure Marijuana Transport 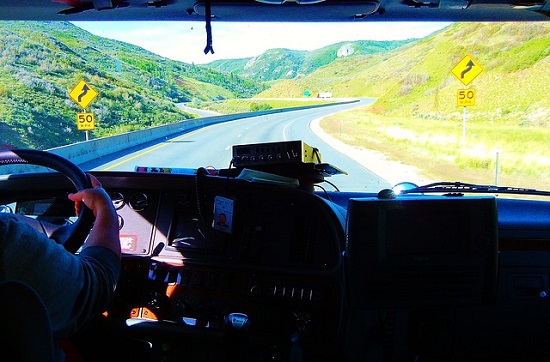 Running a dispensary can be as hard as eating an apple through a picket fence.

Aside from following all the regulations and scoring solid employees, there’s also the issue of secure marijuana transport.

When it comes to getting the goods to the dispensary, UPS and FedEx are out. So too are traditional courier services. Because transporting even just a pound of marijuana from point A to point B can be a huge financial and professional risk.

Especially in a business that deals almost solely with cash.

It Is Crucial to Be Well Versed in Secure Marijuana Transport

Marijuana companies have to figure out their own transportation logistics. They need a company that thoroughly understands state distribution licensing requirements – one that comprehends the VERY serious ramifications of a legal product ending up in the illegal market.

And in this regard, there hasn’t exactly been a wealth of options.

But as legalization of cannabis becomes more widespread, one thing’s for certain:

In states that pioneered the legalization of recreational marijuana, the need for independent transport companies was quickly evident.

It wasn’t long before industrious types recognized there was a market for a safe and effective way to transport not just marijuana, but the money associated with this mostly cash-only business.

With medical marijuana legalized in Michigan – and legalization of recreational marijuana on the ballot – that growth is expected to continue.

But one such company has already made a name for themselves.

Lelantos Transport of Chesaning, Michigan, is able to service the entire state of Michigan. They have an extensive route building protocol that is unique to them and provide professional secure transport under strict compliance and regulations as monitored by LARA and the state board.

As experts in the transportation supply chain for over 40 years, Lelantos has the upper-hand on regulated and secure transport. All drivers and staff are vetted through comprehensive background checks.

But Marijuana Transport Needs to More Than Delivery

So here’s the coolest thing.

Lelantos actually developed a proprietary software system that tracks and monitors deliveries at any point of transit within the supply chain from grower, processor, tester and to the end customer, the provisioning center. And all drivers are equipped and trained to operate the system, which provides a level of visibility unlike anything else in the secured transportation of medical marijuana.

Plus, they offer data management and sophisticated analytics to help marijuana companies find efficiencies throughout their supply chain.

So yeah. They’re clearly doing more than just safely moving product from point A to point B. Although that, by itself, is a pretty big job.

What Is the Future of Transport?

Of course, nobody can accurately predict the future. Duh. But as the circle of acceptance expands around marijuana, it seems certain that there will be increased opportunities for secure marijuana transport companies – as well as all cannabis businesses.

So if you’re already in the cannabis business, keep that bright outlook. Let us help you stay ahead of the competition. Contact us with any marketing concerns you might have. One of our experts will get right back to you.

Are you ready for Father’s Day? With restrictions slowly getting lifted, you…

Celebrate Veterans with Greenhouse and UBaked

It looks like both the Greenhouse of Walled Lake, Michigan, and UBaked…

Why Michigan Cannabis Sales Are Down

Wait, what? Michigan cannabis sales are down? Given that the vast majority…