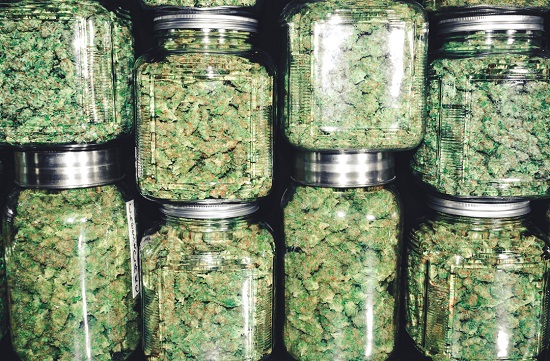 If you have any familiarity with Pontiac, Michigan, then you probably remember the old Kmart complex on South Glenwood.

Well, with Pontiac recently cleared for a marijuana development, new life will be infused into that old plaza.

Glenwood Plaza will soon be the site a secure medical marijuana park with eight cultivation and processing tenants. It will also be the home for a 15,000-square-food Hollywood supermarket.

The title says it all. Well, sorta.

In reality, the nearly $40 million development almost didn’t happen. It was a rather long haul to get to this point. The project was stalled over a zoning dispute.

When the project was first proposed, the Interim Pontiac City Clerk Garland Doyle insisted a local zoning ordinance wouldn’t allow for cannabis businesses to operate at the site. The project’s developer, Rubicon Capital, the Pontiac City Council, and its attorney all disagreed.

They filed a lawsuit that stated there was a conditional rezoning agreement from 2020 that permitted commercial and light manufacturing at the site. And so everything was up in the air.

That all changed when Oakland County Circuit Judge Yasmine Poles made her ruling last week.

The judge ruled that the property is appropriately zoned for the venture and that Rubicon can now proceed with the development.

“Judge Poles’ ruling in our favor allows us to aggressively move forward and secure the necessary funding to complete this great project which will greatly benefit the City of Pontiac,” said Joseph Brown, principal of Rubicon Capital. “Construction of the Glenwood Development, the hiring of hundreds of people, and the opening of a world class supermarket will also benefit Pontiac’s tax coffers with much needed revenue.”

The first phase will be to build the grocery store that will benefit the community. Brown said he expects the store to be complete around May 2022. From there, the site will continue to develop to include dispensaries and a cannabis cultivation and processing facilities.

Potential tenants include Bingham Farms-based Family Rootz and Southfield-based Pharmaco Inc. They’re required to go through their own approval processes with the city of Pontiac and Poles ordered that the city issue preliminary approval of all pending applications for grower and processor licenses and permits for the companies.

Jim Allen, an attorney representing Rubicon Capital, doesn’t feel there will be an issue with the city moving forward. He acknowledged that they recognized the validity of the conditional rezoning agreement.

At the end of the day, the project is expected to spur hundreds of jobs.

The Industry Keeps on Truckin’

With Pontiac recently cleared for a marijuana development, it’s clear that communities that were resistant to cannabis are finally opening up and changing their stance.

As cannabis marketing experts, we know how difficult it is to get the attention you need in this increasingly saturated market.

So if you’re looking to expand your cannabis business, contact us today. We have the experience, expertise and know-how to get you noticed.

5 Challenges to Opening a Marijuana Dispensary

“There’s a lot of money to be made in the cannabis industry,”…

Should You Be Stocking up on Cannabis?

With grocery stores packed with people stockpiling rice and beans, eggs, and…

Is Cannabis Considered Essential in Michigan?

Is all of this isolation and solitude starting to get to you?…