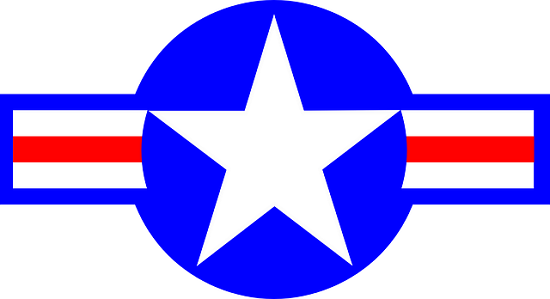 What a strange turn of events. Even just fifteen years ago, it would have been hard to imagine that the government would support medical cannabis research – let alone FORCE it.

But as the world has become (at least a little) more enlightened in terms of the benefits of medical marijuana, the U.S. Department of Veteran Affairs (VA) has been slow to get on the bandwagon.

So what’s a veteran to do?

Many Veterans Already Use Medical Cannabis

When compared to the general population, veterans experience a disproportionately high rate of certain medical conditions. So yes, there seems to be a correlation.

Among other conditions, veterans can experience persistent and even disabling pain as the result of injuries to the back, neck and spinal cord, as well as the debilitating effects of Post Traumatic Stress Disorder (PTSD) from active combat.

In treating veterans, the main goal has been to figure out how to continue to function while minimizing physical and emotional pain. And we all know that turning to just opioids has, thus far, NOT been the answer.

But cannabis has helped. Aside from relieving pain, it can also help control the nausea associated with taking even small amounts of opioid drugs. It’s also powerful in addressing the nausea, vomiting and dizziness that can accompany severe, prolonged pain.

Cannabis has also been found to help many patients suffering from conditions that can afflict veterans as a result of their service, including cancer, ALS, traumatic brain injury, PTSD and phantom limb pain.

So Why Has the VA Resisted Cannabis Research?

Despite the evidence, the VA has a history of not wishing to classify conditions affecting veterans as being the result of military service.

For example, soldiers exposed to radiation during their participation in weapons trials in the 1950s and 1960s were sworn to secrecy. Then there was the whole Agent Orange debacle. And it would take more than 20 years for scientists to identify the changes in the brains of Gulf War veterans with an unpleasant menagerie of neurological symptoms.

Their resistance to cannabis research even caused them to enlist a policy whereby they refused VA health services to veterans who used medical cannabis. In 2011, a directive was issued to ensure that this could no longer be the case.

In response to their resistance, the government has been relatively lenient in terms of medical cannabis research on veterans. But this new bill would change that some.

How This Legislation Is Different

Introduced by Senators Jon Tester (D-MT) and Dan Sullivan (R-AK), this bill would direct the VA to conduct clinical trials on the effectiveness of medical marijuana in the treatment of conditions common among military veterans.

Last year’s version of this bill stated that the VA may conduct and support research that related to the efficacy of cannabis. The latest version stipulates that the VA shall begin conducting clinical trials on cannabis.

“Our bill will make sure the VA takes proactive steps to explore medicinal cannabis as a safe and effective alternative to opioids for veterans suffering from injuries or illness received in the line of duty,” says Tester, the ranking member on the Senate Veterans’ Affairs Committee.

Double-blind randomized controlled clinical trials would cover the potential therapeutic applications of marijuana for post-traumatic stress disorder and chronic pain. The VA would be required to study how it impacts opioid, benzodiazepine and alcohol consumption, as well as spasticity, inflammation, sleep quality, anxiety, agitation, mood, quality of life, social functioning, suicidal ideation and frequency of nightmares or night terrors.

Even so, the VA remains reluctant about engaging in marijuana research. Which should come as no surprise.

They’re claiming that they’re committed to finding and researching effective ways to cope with chronic pain and PTSD for veterans, but that federal law restricts their ability to conduct research.

And that, friends, is nothing more than fake news.

What a relief it will be when we finally wake up and eradicate federal prohibition. Hopefully much of the ignorance will go with it.

If you don’t fancy yourself much of a history buff, you may…