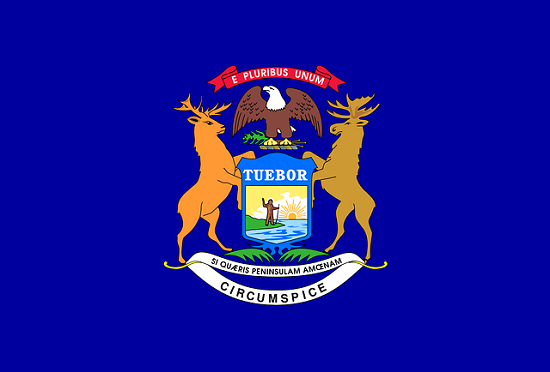 “Cannabis is not just for West Coast hippies anymore. It’s a growing industry, and it’s everywhere.”

So says Kay Tamillow, research director of Brightfield Group, a CBD and cannabis market research and consulting firm in Chicago.

But does mean that Michigan could surpass Colorado in legal marijuana sales?

Well, yeah. And there are a number of reasons for this.

Sure, western states have dominated the market nationally. But they’ve been at it longer. It’s Michigan, Massachusetts, New Jersey, Illinois, and New York that are expected to make up 11% of the market this year.

“The majority of growth will be driven by recreational sales,” added researchers from the Brightfield Group, “particularly from newly-opened, fast-growing states in the Midwest and on the East Coast.”

And with a history of strong sales in the medical cannabis sector, experts predict that Michigan’s recreational market will grow three-fold between 2020 and 2023.

To state it simply, annual sales are expected to reach $650 million.

We don’t mean to be flippant. (It just happens naturally.)

But to be fair, early adopter states like Colorado had to blaze a new trail. And newer states are trying to learn from their foibles.

And Federal lawmakers are becoming more enlightened. Or something like that. As such, they have recently introduced a number of federal bills to help support the cannabis industry.

None of these was in play when the western states were attempting to establish themselves.

Right now, none of the current top five markets are east of the Mississippi.

Michigan’s current marijuana market is about the same size of the recreational markets in Nevada and Oregon. But with the sizes of their populations, those states aren’t expected to see much growth by 2023.

But even if Michigan surpasses Colorado, California is expected to maintain its lead in the years to come with two-fifths of the U.S. market by 2023.

Furthermore, because of the intense competition, western states continue to lead in product innovation. So there’s that.

Why Michigan Could Surpass Colorado

In fact, with nearly 3% of Michigan residents holding a medical marijuana card, it makes it the second largest medical market in the country.

Second only to California (overachievers).

The success of the medical market poises Michigan for a healthy recreational market as well.

And under the law, the revenue must be used on schools, local governments and roads. Yes, ROADS. So this is definitely good news for

Michigan’s medical market has already attracted interest from some pretty heavy hitting companies in New York, Canada and even Colorado who are intend to open cultivating, processing and retail operations in the state.

So it’s well on its way.

Michigan Is Coming out of the Gate Strong

It seems likely that Michigan could surpass Colorado in legal marijuana sales.

Of course, it’s not a competition.

We’re just happy to witness the cannabis industry thriving in the state. And we’re even more thrilled to help in those efforts.

Arrange a consultation with us today to see what we can do for your cannabis business.

Medical marijuana use has been permitted in Michigan for 12 years. As…

5 Challenges to Opening a Marijuana Dispensary

“There’s a lot of money to be made in the cannabis industry,”…