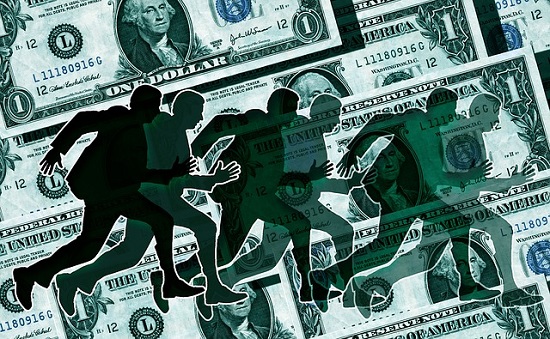 We’re going to say no.

We could also say that more than a few Americans are doing a fine job of that all by themselves. But that’s a topic for another time.

At any rate, the Secure and Fair Enforcement (SAFE) Banking Act is a bill that was six years in the making. It was endorsed by 50 state banking associations and the National Association of State Treasurers, as well as the top financial regulators of 25 states. (If you’re keeping track, that’s HALF the states.)

Plus, a majority of state attorneys general and bipartisan governors of 20 states also endorsed it.

That might be why 291 Democrats and 91 Republicans in the House came together in bipartisan agreement to pass it last week. And by a landslide.

We could use a lot more of that.

And if the Act passes in the more conservative Senate, it will be easier for marijuana companies to open checking accounts and get business loans.

Essentially, this juicy piece of legislation would protect banks and other financial institutions that service state-legal marijuana businesses from being penalized by federal regulators.

Plus, the entire market will be safer since companies forced to operate on a cash-only basis won’t have to keep stock piles of cash at their place of business.

So this feels like a good thing. And as we mentioned in our most previous post, that’s how (for the most part) we see it.

But there are those who disagree. And they’re allowed. Afterall, this is America.

So they’re certainly entitled to believe that these esteemed members of Congress have endorsed a bill that would “help legitimize a business that’s destroying and endangering lives.”

And it’s okay if prohibitionists oppose the legislation because they feel the SAFE Banking Act is a gateway (if you will) to federally legalizing marijuana.

In the land of the free, it’s totally kosher to Tweet that in states where pot is allowed, there are more arrests, hospital visits, suicides, crime, DUIs, and work-related problems. DESPITE the fact that research says the opposite.

Earlier this week, Carlson dedicated part of his show to demonstrate just how crooked these lawmakers are. According to him, this act is an attempt to make the American population indifferent to the many shortcomings of Congress.

The man with two last names believes that a bill aimed at protecting banks who service marijuana businesses will invariably lead to every American becoming a a hardcore stoner incapable of publicly scrutinizing what’s happening in the government.

Pretty crafty of them, huh? It’s a truly brilliant and diabolical plan!

It’s all too clear that Congress is dropping the ball on issues like immigration and repairing the infrastructure. We can’t have that. SOOOOO, they decided to come together on this banking issue so that all Americans can just get high instead. They’ll be so busy singing Kumbaya, they won’t notice .

“When you mismanage the country this badly, you want the people to be so out of it they don’t respond,” he said. “That is really true. They want you to be dumb.” How ironic, given he’s one of the most well-known pundits for a network that bases its success largely on this sort of thinking.

It’ll be interesting to see what his new theory is should the Senate not pass it. But honestly, we won’t be watching his show.

The SAFE Banking Act Is a Sign of Progress

As far as we’re concerned, the SAFE Banking Act is a move in the right direction.

Whether it passes in the Senate remains to be seen. But at least there are some Republican members in the House who are opening their eyes to the many benefits of cannabis.

We can only hope that others eventually awaken.

In the meantime, keep checking back with our blog to stay up-to-date on the latest in cannabis industry news.

As marijuana is becoming more obtainable and marketable, companies and different dispensaries…