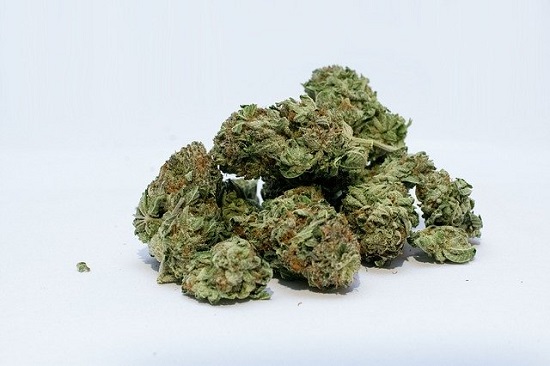 Just when you thought every Michigan industry was in peril, the cannabis industry proves its pluck. That pluck is one of the reasons we love promoting this industry.

In fact, Michigan cannabis sales are on the rise during quarantine. And the success of recreational marijuana operations are blowing open like the blossoming plants and trees outside your window right now.

Yep. Unlike so many other industries, the cannabis industry has largely been left unscathed by COVID-19.

And that’s some good news at a time when we REALLY need it.

Why Michigan Cannabis Sales Are on the Rise During Quarantine

You’d think the obvious answer would be that the pandemic-induced anxiety has driven sales. And that’s likely a factor. The general “not-knowingness” of things has sparked anxiety for a lot of folks.

Of the state’s overall sales since legal adult-use marijuana sales began, recreational pot sales in the nine weeks since March 9th account for over half of them.

But Thompson also feels the increase in sales stands as a “testament to the strength of the industry.” And many experts believe it’s more likely the result of the natural growth of the industry here in Michigan.

While tens of thousands of business throughout the state were forced to cease or vastly limit operations during the past nine weeks, the number of recreational marijuana retailers in Michigan actually grew from 61 on March 2nd to 104 on May 12th.

That may seem odd, given that the first stay-at-home order was issued on March 23rd and prohibited non-essential businesses to continue operation.

But despite the fact that fewer than 5% of businesses were considered essential, the cannabis industry quickly jumped through the necessary hoops to ensure theirs was.

With that in mind, medical and recreational facilities were permitted to continue operation as along as employees kept six-foot distances and all sales were completed through curbside service or home delivery. And for an industry that’s had to surmount Herculean obstacles to get where it is, that would be child’s play.

Of course, it probably doesn’t blow your mind to find out that the largest increase in sales during quarantine occurred during the week of April 13-19th. Cannabis connoisseurs weren’t going a let a little thing like a pandemic curb their 4/20 celebration of the leaf. (Plus, it also just happened to be the week that the $1200 stimulus checks starting showing up in mailboxes and bank accounts.)

Sales before Mother’s Day weekend were also on the rise though. While mothers have been a growing demographic in the industry for some time, their being home with kids 24/7 right now has likely made things challenging.

As such, dispensaries were offering all sorts of cannabis treats and goodies to provide relief for this demographic. The Greenhouse in Walled Lake even created Mother’s Day Marijuana Quarantine Kits that sold far beyond their wildest expectations.

We Are Not out of the Woods

While it’s good news that Michigan cannabis sales are on the rise during quarantine, it could be long time before we return to something even close to resembling normal.

But Thompson believes that,“once social distancing is lifted and industry returns to normal, the recreational industry will rise like a cork from the bottom of a bathtub faster than any other industry would recover.”

And we’re inclined to agree.

In the meantime, keep checking back with us for the latest (and even greatest) on what’s happening with the cannabis industry during COVID-19.

cannabis during quarantine, cannabis use

When Will We See Cannabis Lounges?

The cannabis industry is booming. And over the next three years, it’s…

Cannabis use is global. That’s certainly not breaking news. And the reason…

Have you considered establishing a cannabis business? Maybe retail is your thing.…