Is CBD Legal in the Military? 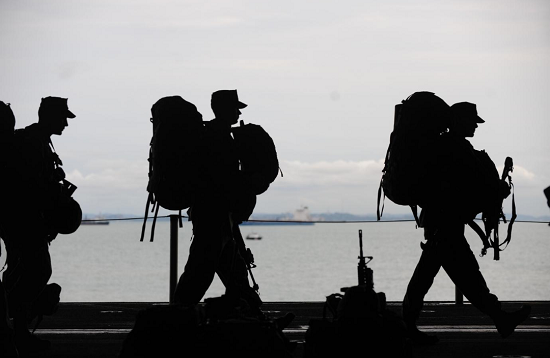 The wishy washy answer is mostly no. For now. But that could all change.

The military has for a long time had a zero-tolerance marijuana policy. Given that marijuana is still illegal at the federal level – and that the military is a federal entity – this makes sense.

Of course, it goes much deeper than that. The issue with marijuana – and CBD in particular – in the military is never as cut and dry as the conservative agenda would like it to be.

Evidence of the benefits of CBD are mounting. And since not all CBD comes from the marijuana plant, Congress is now pushing to make CBD from hemp legal in the military.

Yep. Congress has passed an amendment which would permit those in the service to use hemp and CBD products. A House committee also approved a provision earlier this month that would allow troop members who previously used cannabis to re-enlist.

The amendment was sponsored by Rep. Tulsi Gabbard and is part of the National Defense Authorization Act (NDAA). The act also included several non-cannabis amendments and was approved by the House in a 336 to 71 vote.

No sense in celebrating this as a victory just yet though. As the act moves under scrutiny of the more conservative Senate, misunderstandings about CBD and marijuana will likely gum up the works.

Secrecy in the Pentagon

Back in February, the Pentagon ever so quietly moved to make the use of CBD punishable for military troops. A memo issued from Under Secretary of Defense for Personnel and Readiness Matthew P. Donovan changed the military’s previous policy and made any violations punishable.

In the memo, Donovan stated, “Substance misuse by service members is a safety and readiness issue, and the Department must remain vigilant in addressing emerging threats, including those that come from new products and sources.”

What the Department of Defense claims as the biggest issue though is the fact that using CBD products could result in a positive result for cannabis use on a drug test.

Thus, Donovan issued a memo that aimed to eliminate any confusion by flat-out prohibiting all CBD products and sparing “the U.S. military the risks and adverse effects marijuana use has on the mission readiness of individual service members and military units.”

How It Came to Light

The memo was recently brought to media attention when the information was tweeted to service members and followers by the Uniformed Services University of the Health Sciences. They are responsible for issuing advisories to military members regarding supplement use.

This came as a shock to certain branches of the military, such as the Navy and the Marines, who had been allowed to use topical CBD products up until Donovan’s memo. Army and Air Force troops were already restricted from the use of any CBD products.

Even those that come from hemp.

But even though the federal government legalized hemp in the 2018 Farm Bill and proceeded to remove it from its list of controlled substances, the CBD from hemp remains a federally prohibited substance.

This makes no earthly sense.

By law, any cannabis products that possess less than 0.3% THC are considered hemp. This law is precisely what enabled the CBD market to flourish and folks were able to start reaping the many benefits of CBD from hemp without breaking the law.

Troubled by this blatant disconnect from logic, Congress has moved to rectify this.

Thus, Gabbard’s amendment reads, “The Secretary of Defense may not prohibit, on the basis of a product containing hemp or any ingredient derived from hemp, the possession, use, or consumption of such product by a member of the Armed Forces.”

Could CBD in the Military Be a Thing?

If the amendment is signed into law, it will supersede Donovan’s memo and the Department of Defense’s rules. Then CBD in the military would no longer be punishable.

Of course, these policies have to find approval in the Senate. So the best we can do is hope.

If you’re interested in more stories about the cannabis industry in Southeast Michigan and beyond, keep exploring our blog! As experts in cannabis marketing, we have our finger on the pulse.

Texas does everything big. Their 2020 South by Southwest (SXSW) festival is…

Here in the U.S., cannabis is still considered a schedule 1 drug…