CBD-Infused Drinks and Food Pulled from Menus in Michigan 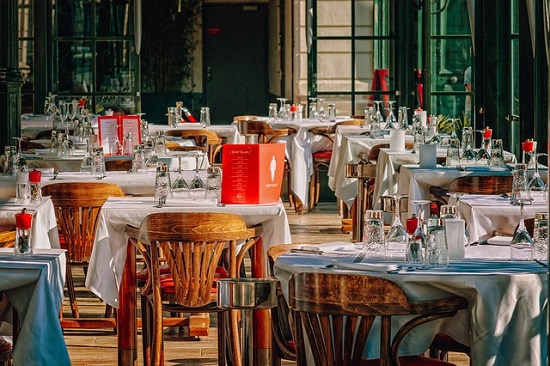 If you’ve been loving on that CBD-infused drink at your favorite restaurant, you’re going to need to find another love. And it might be a while before you two are reunited.

Health officials are requiring establishments to strike any CBD-infused drinks and food from their offerings.

It’s the FDA with which you need to take issue.

Because as far as they’re concerned, both CBD and THC are active ingredients in FDA-approved drugs and it is illegal to introduce drug ingredients into the food supply.

So good luck taking on THEM.

The Confusion around CBD-Infused Drinks and Food

Rules and regulations around hemp and cannabis products have changed in the past year.

Recreational marijuana is now legal in Michigan. And laws are finally in place that have separated industrial hemp from the definition of marijuana.

Given these changes, along with the fact that CBD oil that’s derived from hemp contains no more than 0.3 percent Tetrahydrocannabinol (THC), it seemed to make perfect sense to some business owners that they were free to offer CBD-oil infused items on their menus.

They were mistaken in this assumption.

According to Barton Morris, principal attorney with the Cannabis Legal Group in Royal Oak, such changes in the law do not mean that it’s now legal to incorporate CBD oil into food or drinks.

“Those substances are still illegal at the federal level and (Michigan Department of Agriculture and Rural Development) typically relies on the federal government to determine what is considered generally regarded as safe.” And just because the Farm Bill legalized hemp and removed it from the controlled substance category, the FDA regulations are entirely separate.

Morris, who specializes in defending marijuana clients, goes on to say that when it comes to CBD and the FDA, there’s no gray area in the law.

To further confound matters, LARA decided last summer to start classifying CBD oil from hemp the same way they do marijuana – even though the latter contains 5 to 35 percent THC.

And so, the bold business owners who tried their hand at being purveyors of CBD-infused drinks and food were given citations.

They weren’t fined though. Rather, they were given ten days to make those menu items disappear. So they have.

Morris thinks so. And the current trends seem to point in that direction.

In fact, the National Restaurant Association conducted an annual poll with more than 650 professional chefs to determine what they see as trends for 2019. A remarkable 77% predicted CBD drinks as the No. 1 trend, followed by CBD foods.

Still, each state is going to have to deal with different rules and regulations. States like Colorado and California have been in the CBD-infused cuisine game for a while. And even they still need to explain the difference between CBD and THC to customers.

Here in Michigan, most experts feel that once CBD goes through tests and trials, it’ll eventually be regarded as another additive – much like ginseng or turmeric. It’s just going to take some time to develop the language so that the policy on paper catches up with the actual laws.

Is Your Cannabis Business Thriving?

With the ever changing rules and regulations, this is a confusing time for those in Michigan’s cannabis industry.

Whether you have a well established cannabis business, or hope to have a future selling CBD-infused drinks and food, you need solid marketing.

Feel free to contact us. We specialize in the cannabis industry and know how to help you expand your reach during these trying times.

By now, you’ve probably heard of what’s being called VapeGate. According to…