Can You Get On a Plane With Marijuana? 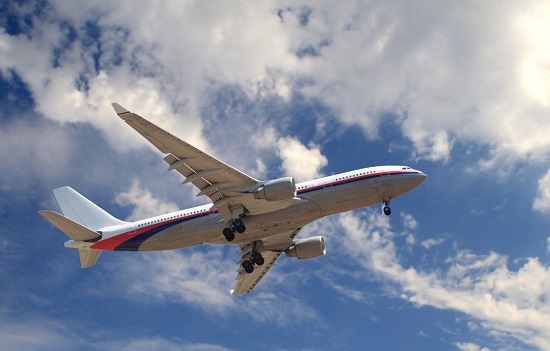 If you live in a totally legal state (recreational and medical) and are flying within that state, you may be thinking it’s okay to get on a plane with marijuana.

In 49 states, it’s not. So your best bet is to not pack the bud (or edible, tincture, oil, or other cannabis of choice).

You Can Get On a Plane With Marijuana

As cannabis marketing experts, this definitely isn’t our area of expertise. But suffice it to say that you can get onto a plane with marijuana. There are risks involved though. And many of them are just not worth it.

As long as marijuana remains federally illegal, it’s also illegal to be in possession of it when in a federally regulated situation – which the vast majority of aviation is. So even though the TSA isn’t actually instructed to seek out cannabis on your person or in your bags, if they come across is, they have to report it.

From there, how the violation is enforced is up to local authorities. And this is where you need to be fully aware of the laws where you are.

Each State Does Their Thing

There are a handful of cannabis-legal (rec and med) states attempting to implement policies that would make it easier for passengers to fly with marijuana. But this just makes it harder to figure out what’s legal and what isn’t.

For instance, if you’re flying from Portland, Oregon to any other Oregonian airport, your cannabis can accompany you. It’s been like this since 2015. If you’re leaving that state to go to another state, however, TSA can take your weed. You won’t be busted by local police though.

The rules are similar in Washington state. The Seattle-Tacoma Airport allows passengers to bring cannabis on board as long as it’s an amount that’s at or under the state’s legal limit.

In similar fashion, New York airport police announced last summer that they won’t seize marijuana unless a passenger is carrying more than the state limit of three ounces. The police at LAX turn a blind eye to passengers with less than an ounce.

For other states where marijuana is fully or partially legal, it’s a toss up. Law enforcement gets to decide what’s next.

And if the TSA hands off enforcement to the local police in states where marijuana is still fully prohibited (such as Idaho, Kansas, South Carolina, or Wyoming) you could be looking at some serious consequences.

Is This True Even With Medical Marijuana and CBD?

This is not, however, a guarantee. So once again, if you depend on marijuana for medical purposes, do the research about the airports into and out of which you’re flying.

Everything that we said above flying with cannabis goes straight out the window for any international travel. Even if you’re flying to our super mellow neighbors to the north who have federally legalized cannabis, crossing any border (by flight or otherwise) with cannabis is still considered highly illegal.

As long as you’re under the jurisdiction of Border Control agents, you can be arrested. It’s that simple. So DON’T DO IT.

Flying With THC Is Risky

If you want to get on a plane with marijuana, remember this – even if local police aren’t enforcing their own policies around passengers flying with cannabis, there is no guarantee that you’re safe.

So know that going on.

In the meantime, keep checking back with our blog to get all the latest on cannabis in and around SE Michigan and beyond.

As the first licensed medical marijuana dispensary in Oakland County, the Greenhouse…

Should You Be Stocking up on Cannabis?

With grocery stores packed with people stockpiling rice and beans, eggs, and…