Why the 1st Commercial Cannabis Expo and Convention Matters 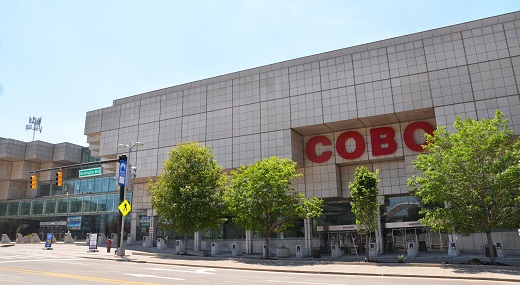 But the 1st Commercial Cannabis Expo and Convention at the Cobo Center on October 30th and 31st will be unlike any other. There will be nothing run-of-the-mill about this one.

And if you’re in the cannabis biz in Michigan, you’ll be kicking yourself if you miss it.

What Makes This Event Different?

This conference isn’t just an excuse to mingle and network with others. Sure, there’ll be plenty of that. But this event will be a collaborative and mission-driven effort to bring together business, industry, and government to build solid partnerships and create the strongest state-run program in the United States.

The theme is “We Are Stronger Together” and it’s really the first time all the key stakeholders in this fight are joining forces to make a difference.

“Given the size and availability of Michigan’s market, and a favorable framework for businesses and patients, combined with the upcoming vote, we believed it was time to bring our state community together,” says Thomas Tong, the conference director.

And it’s no mistake that the event is one week prior to the November 6th election. This conference will act as the last major platform in support of state legalization. That’s a big deal.

The Power of Community

Far from a standard industry conference, this expo will be the first community industry event for Michigan. And get this – it’s not a for-profit event.

The goal of the 1st Commercial Cannabis Expo and Convention is to provide the best value for the lowest possible price. Organizers feel that helping facilitate a bright future for the cannabis industry in Michigan is the best profit they can make.

In an effort to strengthen community and boost exposure, there will be conference ambassadors and speed networking sessions, as well as onsite refreshments. (And nothing prompts networking like refreshments.)

What to Expect At the Conference

Along with networking and general good times, there will be more than 150 exhibitors and 40 sessions specific to Michigan’s emerging cannabis and hemp industries.

Of the over 1,200 participants expected to attend are most of the opt-in governments and state regulators, many large industry players, and Michigan companies just entering into the market. Local and industry leaders Adam L. Brooks, “The Guru of Ganja” Ed Rosenthal, Michigan gubernatorial candidate, Gretchen Whitmer, and the legendary Jon Sinclair are just a few of the high profile participants.

Dr. C.A. Mathis, aka Trick Trick, will also be present as an honoree. “Because I CAN,” says Trick Trick. As one of Michigan’s greatest defenders of choice and legalizing cannabis, he stands up for community and believes that exercising our rights is fundamental.

And Keith Stroup, founder of NORML, is also scheduled to appear. “For 50 years I have fought for the legalization of the responsible use of marijuana,” he says. “It is history in the making. The Michigan Commercial Cannabis Conference and Expo is a must to attend.”

It’s hard to argue that. And why would ya?

The 1st Commercial Cannabis Expo and Convention is October 30th and 31st at the Cobo Center in Detroit. So get your tickets today.

And be sure to look for us while you’re there. We’re eager to talk the marketing side of your cannabis business with you.

Despite his being appointed by Donald Trump, Jerome Adams is no fool.…