What Is the Rule about Marijuana Use and Gun Ownership? 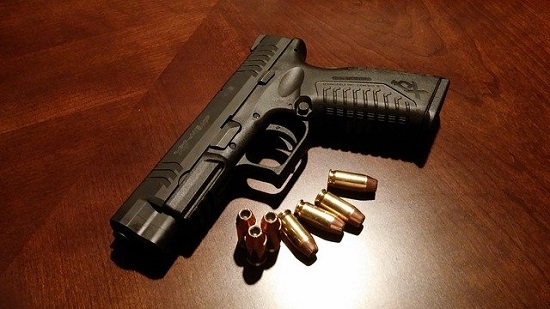 It stated that nearly every state that legalized marijuana was also legislating that marijuana users lose their right to own a gun if they are prescribed it, or buy it recreationally.

It claimed that this was a back-door way for the government to force citizens to voluntarily give up their gun rights.

This left – and continues to leave – a lot of people confused about the true logistics of marijuana use and gun ownership.

The Fact about Marijuana Use and Gun Ownership

States such as Michigan that legalized recreational marijuana use were NOT spending last year actively legislating to ban cannabis users from owning guns.

Mostly because they didn’t need to.

Yep. Under federal law, it continues to be illegal for a marijuana user to buy or possess a firearm. Even if that user lives in a state where it is legal.

This Is Nothing New

Turns out this federal law has been in place for a long time. Since 1970, to be exact.

So it’s not some conspiracy to use looser drug laws as a “backdoor” method to confiscate firearms – as the meme claimed. It’s actually the result of the longstanding federal ban on marijuana that long predates individual state efforts to loosen the drug laws.

It’s only now becoming an issue because of the strife created between federal and state laws in such matters.

There are three pieces of federal law that dictate the rules about marijuana use and gun ownership.

Under the Controlled Substances Act of 1970, marijuana and THC became classified as Schedule I controlled substances. That meant they were regarded as having a high potential for abuse and no currently accepted medical use.

Thus, the cultivation, sale, possession, purchase, and use of such plants and products was considered illegal – regardless of state laws. This is still the case.

Then there’s Title 18, Section 922 of the United States Code which lays out unlawful acts. This law dictates that it is illegal for anyone who uses any controlled substance to buy or possess a firearm. This same law also makes it illegal to sell or give a gun to anyone known or suspected to be a cannabis user.

All of this remains firmly in place – even as more and more states legalize marijuana. And this is where it gets particularly problematic.

Licensed firearms dealers have long been required to perform background checks on would-be purchasers. But a new federally mandated process has added another requirement. Potential buyers must also submit a sworn statement of their legal eligibility to buy firearms.

Thus, anyone attempting buy a gun from a licensed seller must truthfully answer a series of yes and no questions. Here’s where the problem exists.

For example, question 11e. on the document asks: Are you an unlawful user of, or addicted to, marijuana or any depressant, stimulant, narcotic drug, or any other controlled substance?

This question is followed by a disclaimer reminding the potential buyer that marijuana remains unlawful under Federal law regardless of whether it has been legalized or decriminalized in the state where he or she resides.

So even if you have a completely legal Michigan medical marijuana card, you are required to answer yes.

From there, the applicant is required to affirm in writing: “I understand that a person who answers ‘yes’ to any of the questions 11.b. through 11.i. … is prohibited from purchasing or receiving a firearm.”

So What If the Buyer Simply Said “No”?

He or she would be taking a big chance.

The ever helpful form goes on to require a potential buyer agree to the following: “I also understand that making any false oral or written statement, or exhibiting any false or misrepresented identification with respect to this transaction, is a crime punishable as a felony under Federal law, and may also violate State and/or local law.”

Another Messy Story for the Cannabis Files

We have to keep in mind that these are Wild West days in the cannabis industry. And as long as federal prohibition stays in place, there are going to be contentious situations such as these.

What it all boils down to is that potential firearms owners are required, on penalty of felony prosecution, to disclose their marijuana use in forms they’re required to submit to licensed gun sellers.

So even if that drug use is legal in the state in question, licensed gun retailers are legally prohibited from selling firearms to a potential buyer who also admits to marijuana use.

These rules about marijuana use and gun ownership smacks of discrimination. But we’ll just have to see how it plays out as time goes on.

In the meantime, stay on top of what’s happening in the cannabis industry. Keep checking back with our regularly updated blog.

Medical marijuana use has been permitted in Michigan for 12 years. As…