The Black Market for Marijuana Will Never Disappear 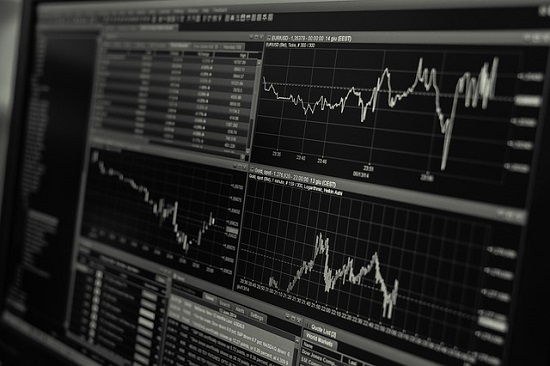 At least, not if things keep going the way they’ve been going.

Yet, more than a handful of hopeful investors and analysts would disagree. They insist on comparing the marijuana industry to the market for alcohol after prohibition.

Because even though the end of prohibition put illicit alcohol producers and bootleggers out of business, the legalization of marijuana has not had the same impact on its black market. Even after many years.

So it certainly does seem that the black market for marijuana will never disappear.

There are some sound reasons for this.

Why the Black Market for Marijuana Will Never Disappear

Again, we’re basing this assertion on the idea that things aren’t going to drastically change – like a cannabis eating beetle that devastates every crop on the planet, for example.

Of course, this would eliminate not only the black market, but the government-sanctioned marijuana as well. And all things tie-dyed.

Anyhow, there are three primary reasons that legalizing cannabis has not affected marijuana’s black market in the same way prohibition affected alcohol’s.

1. Mass-Produced Marijuana Is Missing Its Demographic

Given that 70% of Americans drink, marketing alcohol is a no-brainer. For many Americans, a drink or two each day isn’t unusual.

But a lot of people who are using marijuana on a daily basis are using it for medical purposes. So they need to have access to affordable and effective product.

First, it’s more expensive than what they can get in the black market. And because it has to conform to governmental rules, it’s also weaker. Not a winning combination for those who need to use it on a daily basis.

Mass produced alcohol, on the other hand, does not suffer this fate. Most alcohol consumers would opt for gin that comes from a distillery (big or small) before dipping their cup in someone’s bath tub.

2. Marijuana Is Cheap and Easy to Produce

Those analysts who predicted that the black market would cease to exist didn’t consider how nearly anybody can grow high-quality cannabis.

Sure, the illicit market for alcohol practically disappeared following the end of prohibition. But have you ever tried making your own alcoholic beverage? It’s no walk in the park. And you end up spending more on the ingredients than you would have had you bought a nice bottle of wine.

Meanwhile, with a few hundred dollars for equipment and the ability to follow instructions, anyone can grow really good cannabis without all of the overhead costs that the big producers face.

3. It Is So Easy to Become a Caregiver

Michigan is the perfect example of this.

When Michigan legalized medical marijuana more than ten years ago, small-time growers became licensed caregivers with a fair amount of ease. They needed only a clean record.

During that time, caregivers served a limited number of patients, then sold their excess product to provisioning centers. These products hadn’t been subject to all of the testing required by the state. But provisioning centers worked around this by having patients sign waivers acknowledging they understood this.

It was a system that worked very well.

But now the state wants licensed provisioning centers to buy their product solely from large grow houses. And while caregivers can sell their excess product to these grow houses, it must first be subjected to expensive testing. After that, the grow houses can sell it at a much higher price.

In the end, it’s the consumers that end up paying more. And that’s a surefire way to drive them to get their product from the black market instead.

It’s hard to say for certain that the black market for marijuana will never disappear.

For now, politics and the corporate mindset have taken a hold of the cannabis industry in an attempt to eliminate the black market. But in many ways, they’re only making it stronger.

Stay up to date on what’s happening in the world of cannabis. Keep checking back with our blog for regular updates.

Why Curbside Cannabis Sales Need to Be Legal

We don’t mean to wax poetic about the benefits of the quarantine.…